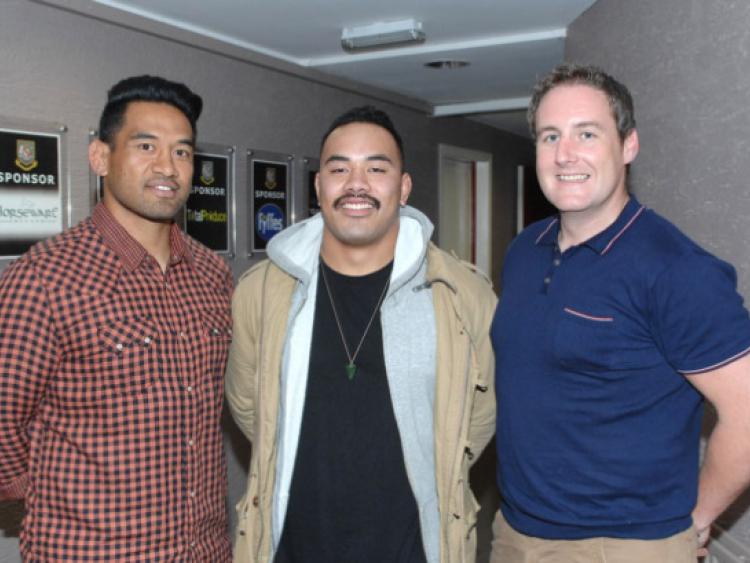 Over the past few years I’ve had the privilege of interviewing many of Dundalk RFC’s captains both past and present.

Over the past few years I’ve had the privilege of interviewing many of Dundalk RFC’s captains both past and present.

For the latest edition of the rugby show I sat down with this year’s club captain MJ McKevitt for a chat about the Mill Road and the season so far.

Dundalk’s First and Seconds have had four wins so far -which shows the strength and depth of the squads, with over 40 members showing up for senior rugby training each week. This insures that no one’s places is guaranteed. “Not even my own place is safe,” stated MJ. With many seasoned players returning to compliment the existing squads from last season it means that experienced players are gelling with youth.

“Getting older players that we lost over the years like David Whately back into the fold, it’s great to have them in the squad it means that its building. We have loads of options which create competition for places,” stated MJ.

The role of club captain is far more than just leading the squad on match day, MJ discussed his decision to take up such an important role.

“I’ve been involved with the first team for about 13 years, I always thought as I’m based in Dublin that it wouldn’t be possible but I was approached last season by the then captain TC. I talked to a few people and decided that it would be a great opportunity. I put a lot of thought into it as it’s a huge honour to do it. There’s a lot of work to do but it’s always enjoyable work.”

The culture within a club is something that must be fostered and developed, MJ hopes to bring a sense of fun back to the club: “It’s important to train hard every day be it on your own time or with the club and ensure to put in a quality 80 minutes come game day, but also to have fun. I’d like to see the club get back to the ‘Club on the Hill.’ Back to the days when it was the place to socialise. It’s our job to make sure we hold fun events that are open to everyone.”

Dundalk RFC have had a love affair with the provincial Town’s Cup for decades, bringing it home in 2011, but this season the club sees a shift in focus as there is a real opportunity to take the league title.

“We have had a real love affair with the Town’s Cup. We always want to win the cup. We just see an opportunity now with the league’s so called big teams that would have pipped us are gone - Tullamore or Boyne. The teams in the league are decent but we feel there is a real opportunity to win the league.

“Something we weren’t too far off last year. Going senior would mean the club would be growing, back in 1995 Pat Hughes was captain that year when they won the league but there was no promotion at that time. It would be a great opportunity to hold on to younger players by having the options of playing senior club rugby at home.”

With the season kicking off on a winning note, plus Leinster interprovincial champions lining out amongst the youths, Dundalk RFC seems well on track.