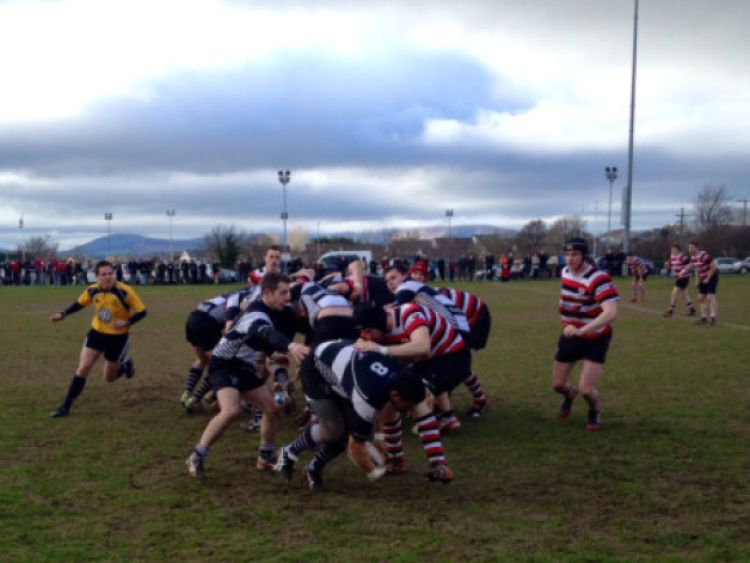 Dundalk’s Provincial Towns Cup dream for 2014 ended with a disappointing defeat to the hands of Enniscorthy in Wexford on Sunday. The home side were the hungrier of the two sides on the day and they showed why league form means nothing in the cup.

Dundalk’s Provincial Towns Cup dream for 2014 ended with a disappointing defeat to the hands of Enniscorthy in Wexford on Sunday. The home side were the hungrier of the two sides on the day and they showed why league form means nothing in the cup.

Dundalk’s side had two changes to the side that beat Coolmine the week previously. James McConnon was out due to injury with Laurence Steen coming into the backrow to replace him. Ultan Murphy lined up on the wing in an unsual position for him with James Shields dropping to the bench.

Dundalk started off the better of the two sides but their attack at times lacked patience and poor decisions let them down with unneeded kicks and offloads being attempted.

Enniscorthy had their purple patch and whenhe ball popped out of a scrum five metres out, the referee ran under the posts to award a penalty try which was converted. The ruling seemed a little harsh as it was the first scrum Enniscorthy had got near Dundalk’s line.

Dundalk responded well and were soon back on the attack. Good strong carries up front by Stephen Martin, Mike Bentley and Robert Farrell put the Wexford men on the back foot. The ball was spread out wide with Ene Faatau and MJ McKevitt linking up well which nearly saw Johnny Gray get over in the corner. Murphy failed with the conversion and it ended 7-5 at half time to the home side.

Enniscorthy got their tactics spot on after half time. At every opportunity they used the elements to their best and kicked play deep into Dundalk’s half.

The critical try soon came. A poor kick allowed Enniscorthy counter attack. They moved the ball quickly out to their winger who was able to get over in the corner for an unconverted try.

Dundalk only looked like scoring once in the second half. The Mill Road men attacked off a lineout. After a number of good phases of play, with excellent running by Owen McNally and good carries by Steen and Gray, Dundalk were metres short of the line. John Smith took the ball on again and Dundalk were again inches from the line.

That’s how close Dundalk got and Enniscorthy were able to see it out.

The season has been a reasonable one for Dundalk. Finishing second in the league will now be the highlight of the season and more young players have been developed by Ene Faatau. Ultan Murphy, Chris O’Hanlon, Robert Farrell and John Smith are now much more experienced which will stand to the club next season as well as other youngsters looking to break through. Next Sunday, the Seconds play Wicklow away in the Cup.