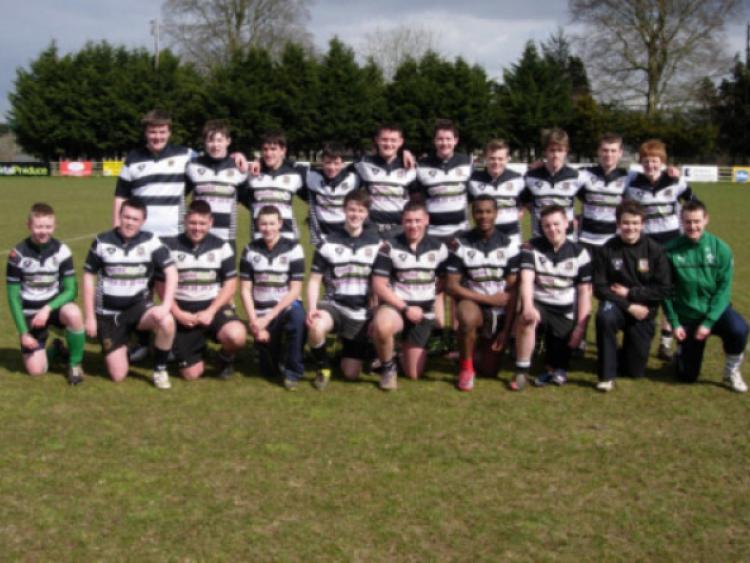 It was six weeks since Dundalk RFC’s U17 team last played a competitive match when they took on Ardee at home last Saturday.

It was six weeks since Dundalk RFC’s U17 team last played a competitive match when they took on Ardee at home last Saturday.

The match was competitive right up to the last ten minutes.

The weather was perfect for rugby and despite all the recent rain the pitch was in very good condition justifying the clubs investment in the grounds over the last number of years.

Dundalk were on top for the first 15 minutes but fluffed their lines with a number of silly mistakes at crucial moments in attack.

The breakthrough came in the 17th minute when some good work by the forwards to retain possession enabled outhalf Conor Lenehan to feed Ciaran Lennon who passed out to winger Taminiun Olaitan who scored the first of his three tries in the left corner.

Dundalk didn’t deal with the restart well and Ardee gained possession. After five minutes of intense pressure and a few well worked phases Ardee’s Neil Reilly went over to draw the match 5–5.

Dundalk responded straight away and after a knock on from the restart Dundalk had a scrum in the Ardee 22. The front row of Conor Quigley, Shane Callan and Andy Kerr were on top from the start and this enabled number eight Tadgh McElroy to break of the back of the scrum.

He was stopped five-yards from the line but quick reaction from Stephen McGivern and Glen Shields saw the ball recycled through a few phases to enable Tadgh McElroy to go over in the corner to leave Dundalk winning 10-5 after 27 minutes.

Again Dundalk dealt with the restart badly and they let Ardee’s winger John Campbell in for a try which was converted to leave the score 12–10 at half time.

In the second half it was very much a repeat of the first with a wonderful solo effort by Conor Lenehan from 40-yards out matched with a try which was converted from Ardee’s Irish Youths player Neil Reilly to leave Ardee leading 19–15.

Dundalk were forced into a number of changes with Ciaran Lennon and Glen Shields going off injuried to be replaced by Tom Gardiner and Jude Vaughan. The changes seem to bring more energy to the Dundalk team.

The next score was a second try from Tumininu scored in the left corner which was unbelievable converted by the left footed full back Stephen Bellew from the side line. The score was now 22–19.

The game opened up and Dundalk took full advantage of their strong bench taking on Niall Malone, Aaron Quinn and Stephen Arrowsmith for Barney McElroy, Alex Cahill and Ronan O’Reilly. With Ardee having no subs the fresh legs made the difference with Dundalk scoring two tries in the last 15 minutes.

The first was the result of some very determined work by Andy Kerr who forced his was through an Ardee ruck picking up the ball and running for five yards before laying off to Stephen McGivern who made another ten yards before off loading to Dylan Quigley who scored in the right corner to leave the score 27–19.

The last score was an unbelieveable score by Tamininu from 40-yards out when he seemed to go around half the Ardee team to plant the ball in his now favourite left corner. This was the last action of a competitive game leaving the score 34–19 to Dundalk.

One of reasons Dundalk managed to stay on top in this match was a very slick line out where Evin Quigley dominated and won several Ardee lineouts. Likewise in the scrum the front row were on top winning several balls against the head. This enabled scrum half Ronan O’Reilly to deliver good ball to his out half Conor Lenehan.