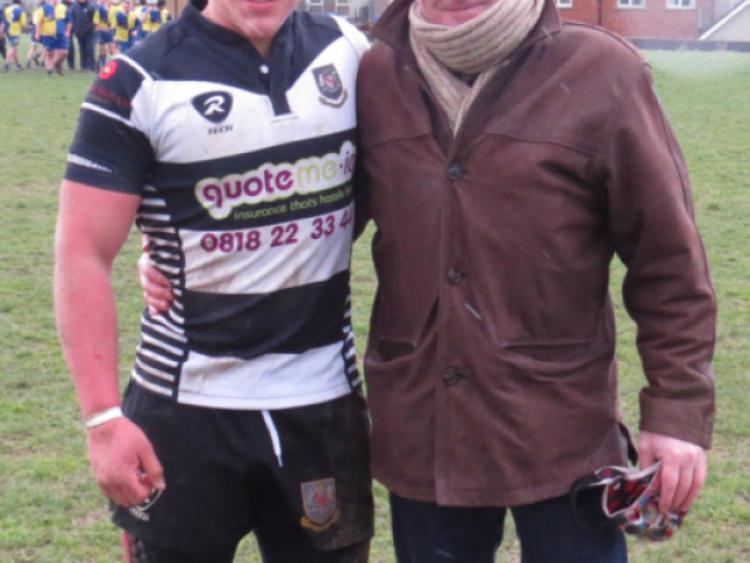 There is great excitement in Dundalk Rugby Club after the recent announcement that the club’s U17 captain, Tadgh McElroy, has been called into the Irish Youth squad for the upcoming matches against France and England.

There is great excitement in Dundalk Rugby Club after the recent announcement that the club’s U17 captain, Tadgh McElroy, has been called into the Irish Youth squad for the upcoming matches against France and England.

The good news came after Tadgh was approached by Wayne Mitchell, the head coach for the Irish Youth team, while he was attending a training session for Leinster Youths in Dublin.

Tadgh has a gruelling two week schedule ahead of him now, with intense training and recovery sessions, video analysis and team meetings, travel and public engagements.

Tadgh has played all his rugby for Dundalk Rugby Club and has been a key team player with every age group from when he started with the U7s.

In 2012 he was put forward by the Dundalk coaches for the North East trials and after a tough selection process was chosen as hooker.

Tadgh was part of the successful, and undefeated, 2013 North East team that won the Shane Horgan trophy, a Leinster competition of regional development squads. Impressed with his dedication, he was promoted, along with fellow Dundalk player Stephen McGivern, to the Leinster Youth Development squad.

Stanley McElroy, Tadgh’s father, was delighted with the news. “I am so so proud of him. He has worked very hard over the last few years and is training and playing with the various squads five to six times a week.

“The last few years have seen a big change in him, he has matured very well both physically and mentally. If truth be told it’s almost scary how quickly he has grown up from a boy to a man.

Dundalk coaches Cathal Myles and Dave Fearon are also proud of their captain’s call up.

“Tadgh has really focused over the last two seasons on his skills and strength. This is a well-deserved selection and his team-mates are rooting for him. He has the drive and passion to make it as a seriously good rugby player at this level and it’s great to see his dedication and commitment rewarded by the IRFU. Who knows .. another Sean O’Brien?”

Tadgh himself was very modest about his selection, adding: “I owe a lot to my father. He has supported me 100% over the last few years. The coaches at Dundalk, the North East and Leinster have really helped me to improve my skills and knowledge of the game.

“I was so excited when I was approached by the Ireland coach and then to get the official written confirmation that I had been selected was just a dream come true. The next two weeks will be very intense but I’m up to challenge and will enjoy every single minute of it.”

Club President, Ciarán Herr, along with all his former coaches including Gary O’Hanlon and Shane O’Reilly, are delighted for Tadgh and Stanley and look forward to welcoming him home as a fully fledged Irish international player. He follows a rich tradition in Dundalk Rugby Football Club of developing youth players of international ability.

Tadgh will join up with Ardee man Neil Reilly who plays for the Ardee/Dundalk U19s and who captains the Irish Youth team.