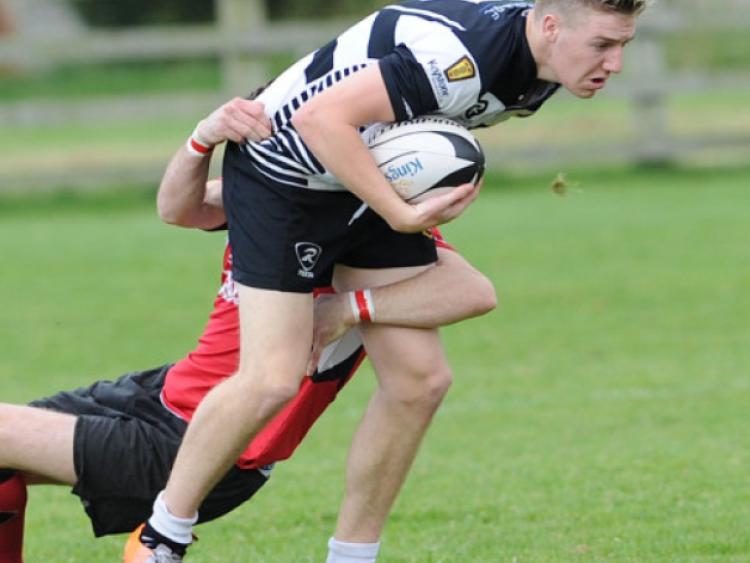 They travelled full of confidence after back to back wins and the entire squad that took to the field during the 80 minutes produced some excellent attacking rugby and a very solid defensive display to move to within five points of Coolmine.

Dundalk took the lead when the forwards manufactured a four man overlap and a crossfield kick from outhalf Donal Clare found James Shields awho touched down and the visitors were further ahead from a 40 metre James Shields penalty.

Coolmine came back into the game but Dundalk’s line held firm although conceded two penalties which went over to bring the score to 8-6. Dundalk came back at Coolmine and Shields slotted another penalty from 45 metres out to extend the lead to five.

The visitors finished the half on the front foot and after the forwards produced good ball for the backs the ball got moved out to Kieran Lenehen outwide and he raced past the covering defenders to touch down right on half time for a 10 point advantage.

Coolmine started the second half strongly and two unconverted tries brought the scores level and they began to grow more in confidence as the game wore on.

Missed chances to go ahead for the hosts got Dundalk going and they grew into the second half gaining more possession and territory. With 10 minutes to go Dundalk more direct approach with the forwards and substitute prop turned into centre Will Lauaki carrying the ball with more aggression.

This gave the backs their turn with the ball and once again Lenehen was the man who got the ball down and their defence held firm in the nervy final minutes and they held out for an outstanding win. Special mention goes to Vincent Perez from France who is studying in DKIT who came in after 25 minutes to play at flanker and had an outstanding game.

Dundalk resume their league campaign with an away match against Newbridge on Saturday November 30th.