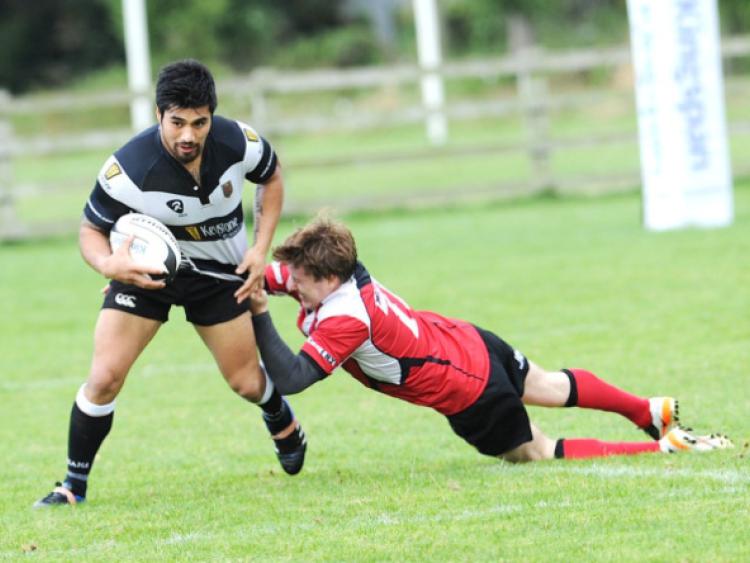 Dundalk travelled to Coolmine on Friday night to play their last league match of round one and were trying to make it six wins out of seven and maintain pressure on league leaders Wanderers.

Dundalk travelled to Coolmine on Friday night to play their last league match of round one and were trying to make it six wins out of seven and maintain pressure on league leaders Wanderers.

Coolmine kicked off, the home side looking to kick start their season after a disappointing run of results, but Dundalk gained possessionstraight away and had the Coolmine defence under pressure when John Smith found a hole in the defence to put the Dublin outfit on the back foot.

A well won lineout allowed the backs to run a training ground move resulting in Isaia Petelo crossing over for a well worked try which Ultan Murphy converted.

During the next 10 minutes Murphy and Coolmine’s out-half Donal Crotty exchanged a number of penalties to leave it 13-6 to Dundalk who soon had their second try of the match when Jonathan Williams orchestrated another backline move which saw Owen McNally cross the whitewash and again Murphy converted.

Their defensive work was undone when on a turnover ball they tried to counter-attack only for a Coolmine player to intercept a pass and score under the posts which Crotty converted and leave the score 20-13 at half time.

The second-half started similar to the first half but this time it was hooker Jonathan Gray who found a gap and he went on a barging run bringing play up to half-way. Dundalk maintained the ball for a number of phases before being released wide to McNally who got over for his second try. Murphy added the extras and it seemed like Dundalk would push on for the bonus point fourth try.

Slowly Coolmine started to control matters though and eventually their pressure paid off when they got over for their second try which was converted and things got interesting when Petelo was sin-binned with 10 minutes to go and you could see the energy lifting throughout the Dublin outfit.

Crotty kicked a penalty leaving it 23-27 but Dundalk’s spirit and resolve shone through and they made tackle after tackle and saw it out for victory .

Next up is Portadown away in the quarter-final of the AIL Cup this Saturday.