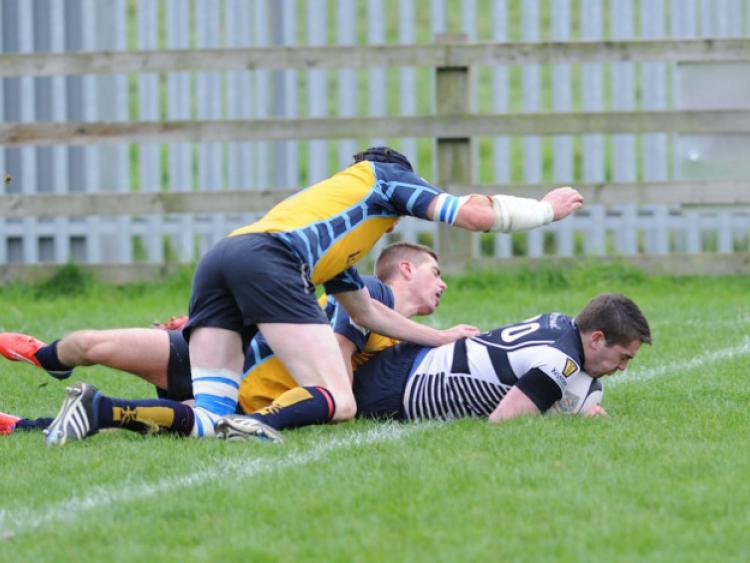 Dundalk’s Firsts rallied after a sluggish first half performance to crush Clondalkin with a dominant second half display en route to a bonus point victory at the Mill Road on Saturday afternoon.

Dundalk’s Firsts rallied after a sluggish first half performance to crush Clondalkin with a dominant second half display en route to a bonus point victory at the Mill Road on Saturday afternoon.

The first half was rather disappointing for Dundalk, with Clondalkin camping out in their half. Clondalkin kept intense pressure on Dundalk with some excellent breaks by the opposition which were shut down by some solid tackling from Isaia Petelo who showed sheer class in defence.

As a result of repeat pressure in their own half Dundalk conceded several penalties early on but Clondalkin’s Chris Jebb failed to capitalise missing a total of nine points within the first 30 minutes. Dundalk turned over possession on several occasions and following a winning line out won a penalty from an unthinkable angle which Ultan Murphy neatly sliced over the bar.

In the second half, Dundalk’s bench was rotated adding power and pace which lifted the tempo and from the back of a ruck Jonathan Williams picked and found a gap before powerfully smashing through the full back to score the opening try.

Murphy slotted over the conversion to leave it 10-3 and from there Dundalk opened up the game with a second try coming off the back of a clean break from the line out by Paul Meegan which was finished by Brendan Hadden. When Clondalkin had a man sent off, Dundalk capitalised on their numerical advantage with a nifty try from Petelo in the far right corner which was once again skilfully converted

This last try encouraged the Mill Road men to push for their fourth try and the valuable bonus point which arrived when Paul Meegan went over in the corner.

Murphy added the conversion to wrap up the match. Once again the squad will take immense confidence from their strong defence in particular when under pressure and can rightly come away pleased with this performance.