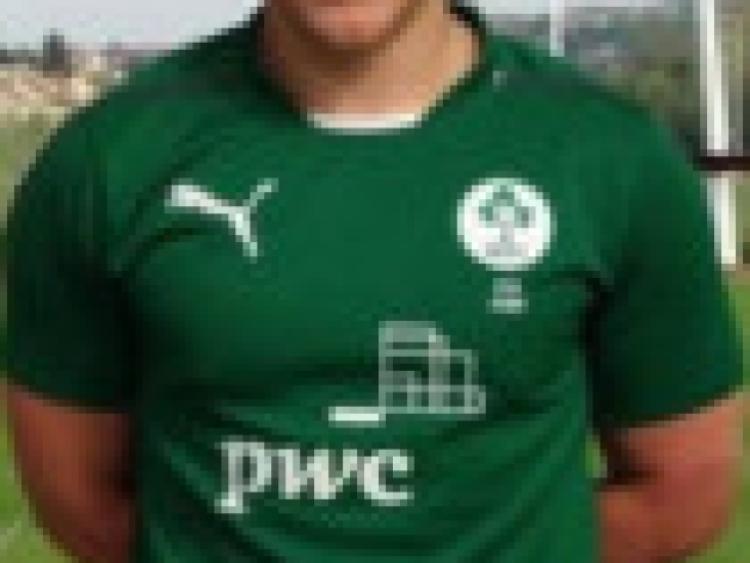 With the rugby season at an end, we can reflect upon a very positive rugby year.

With the rugby season at an end, we can reflect upon a very positive rugby year.

And with three of the four provinces making the knockout stages of the Heineken Cup and the Rabo-Pro 12 and, of course, Ireland winning the Six Nations, it’s safe to say that rugby is continuing its healthy rise as one of the nation’s favourite sports.

Reinforcing this development of the game are the excellent structures in place within the provinces. Leinster’s investment in training coaches and developing a comprehensive mini and youth set-up within clubs throughout the province is truly paying off.

Locally, at Dundalk RFC, they are also seeing the benefits of these structures with the success story of Tadgh McElroy.

Tadgh is only 16 but his story is one of hard work, discipline and sheer determination to develop his talents.

Like many other boys Tadgh started with Dundalk RFC as an U7 mini player. As soon as he started playing full pitch rugby his abilities got spotted by the coaching staff. At just 14 he was selected for trials for the north-east and he participated in their summer camps making it on to the Leinster Youth panel.

This season, Tadgh played with Dundalk RFC and Leinster Youths, a hard season with this age group as so many students drop off from the game due to school and exams.

As a result of this Tadgh played out of position in the number eight jersey despite being a natural no 2. However, Tadgh was part of the squad that destroyed Rathaoth in March, showing a bit of versatility in his game by scoring two tries on the day. In March of this year, Tadgh was focusing on training hard and maintaining his place on the Leinster Youth panel. His aim was to make the Ireland club side next year but, later that month, a serious injury to a young Munster hooker meant that Tadgh got an unexpected call to come trial out for the U18 Ireland club side.

The trials are highly competitive but Tadgh was successful as Wayne Mitchell selected him for the panel.

“It’s an unexplainable feeling really, to get selected for Ireland at just 16, my confidence level is so high now,” Tadgh stated.

The Ireland squad travelled to France for a full week to train and play in a tournament against England and France. Tadgh featured in both games, coming off the bench.

The experience was clearly an extremely positive one; upon his return I met the teenager for a post trip chat and it’s safe to say that I was now dealing with a young man.

Brimming with confidence, showing maturity and determination to learn and continue to develop as player. The French trip was clearly a life changing event.

“I was nervous before I got to France and for the first two or three days it was very nerve wrecking as many of the other lads had experience with Leinster and others had inter-pros over them whereas I hadn’t.

“My team-mates and management were very supportive. I focused on my own game and on making it better and training better. The management were great. They took care of the person. It’s not just about your rugby. It’s a lifestyle. The managers are your friends; you don’t feel nervous speaking to them. I made some great friends.”

Speaking about his game time, he continues: “I was very nervous when I first came on but once I got the first tackle in that was it. I was happy with my set pieces. I learned a lot about the importance of coming off the bench and thinking about what has to be done.”

Despite holding possession and the lead, Ireland unfortunately conceded a match finishing try in the final minutes of the game against France and lost 7-3. However, later that week the team recovered well beating England U18 30-22.

The young players were treated just as professionally as our senior players. From a nutrition, training and medical care the week was an intense rugby bubble. What was very evident from speaking with Tadgh was how much support and care the Ireland coaching team give to the young squad. There appears to be a great deal of focus on encouraging the development of the individual’s game within the mind frame of the team.

Tadgh also stated how lucky he was to have had such great coaches during his early stages of development, coaches like Gary O’Hanlon, Shane O’Reilly and Adam Doyle. He is also extremely grateful for the support of his father Stan and family.

So, if you are ever wondering how players make it to the big time this is how it happens. Although, Tadgh has a long way to go to be becoming a professional; it is very possible! Continue to watch this space!

Conducted as part of a two part interview series with Tadgh McElroy for the Rugby Show on Dundalk FM. Full interviews can be found at www.facebook.com/OddlyShapedBallsRugbyShow