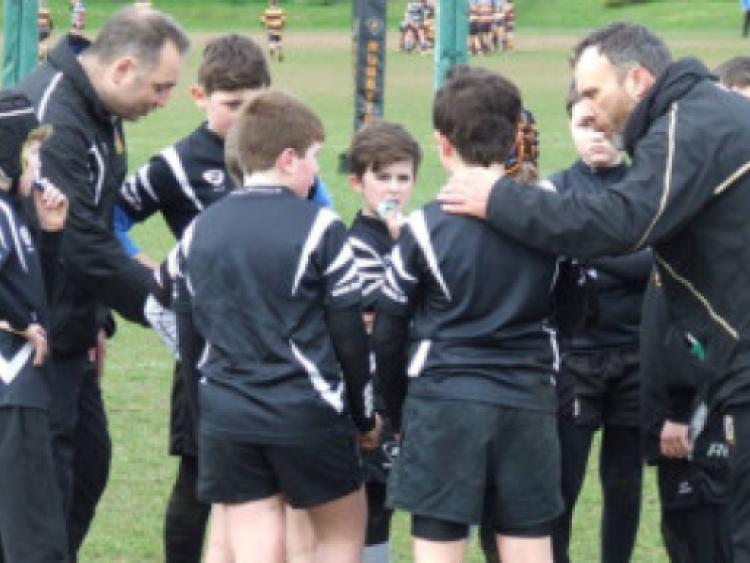 Despite the disappointment of losing a close-fought encounter at Twickenham in the RBS Six Nations, there was a measure of pride for Irish rugby fans from Louth given how well the county were represented during the game.

Despite the disappointment of losing a close-fought encounter at Twickenham in the RBS Six Nations, there was a measure of pride for Irish rugby fans from Louth given how well the county were represented during the game.

A Danny Care try in the second half has England in pole position to win the title following that tense 13-10 win over an Ireland outfit stocked with Wee County links.

Scorer of the Irish try in the second half at the end of a splendidly worked team move was Rob Kearney who, of course, hails from Willville in Cooley and looks like he will continue to be a stalwart of the side for years to come.

He was again joined on the field for the game by his brother Dave who lined out for Joe Schmidt’s men at number 11 and he played the full contest and could not be faulted for effort or endeavour at any stage.

The Louth representation did not stop there in the English capital as captain Paul O’Connell was joined in the second row by lock Devin Toner, another man with connections to the county.

Devin, who also featured for the entire 80 minutes, originally hails from county Meath but his father Peter Toner is a Carlingford man with the 6ft 10’ star having been a frequent visitor to the seaside village.

Jordi Murphy came onto the field as a second half substitute during the course of the contest when he replaced Chris Henry with six minutes of the match remaining to make his first ever senior international appearance and is a man with strong family ties to Annagassan.

The hotbed of rugby talent could also have had a fifth man on show on Saturday were it not for injury preventing Donnacha Ryan from taking his place within the squad and he will hoping to be fit to feature in the Six Nations run in at some point.

Ryan, 30, was born in Limerick but Louth can also lay claim to the Munster second row by virtue of the fact that his mother hails from the Pearse Park area in the town.

The connections do not stop there however as it recently came to light that the Wallace brothers David, Paul and Richard who are all retired from the game now but whose mother is a Conachy and who lined out for Stabannon Parnells.

A trip further back in time brings up Colm Callan, Irish international and native to Togher, who was part of a victorious Triple Crown winning side.