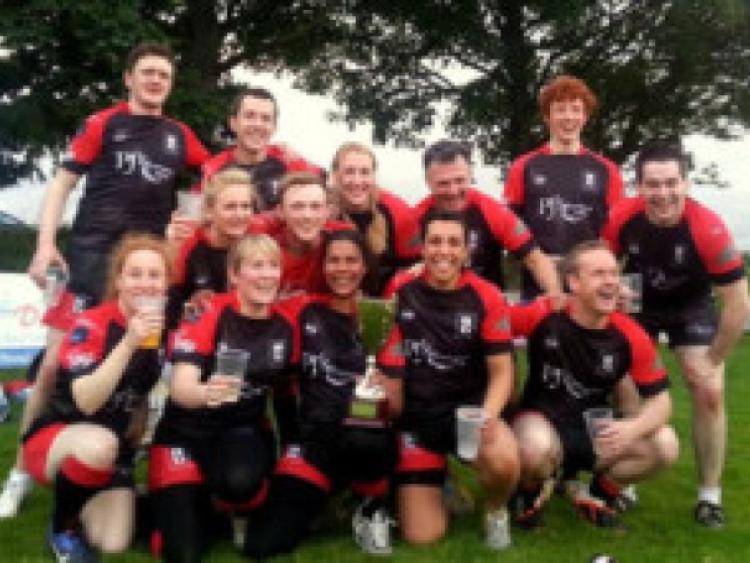 After finishing fourth in the table, the team battled their way into the grand final last Thursday against local Belfast team ‘The Stags’.

In a final which flowed from end to end and displayed the true fighting characteristics of the Carlingford team, they eventually won out by 14 -9. A memorable victory for Carlingford, who had Dundalk RFC regulars Ultan Murphy and Johnny Williams, amongst others, in the panel.

The team has been competing for the last four seasons in Belfast and train weekly in Carlingford. They now qualify for the All – Ireland Championships held in Dublin on August 10.