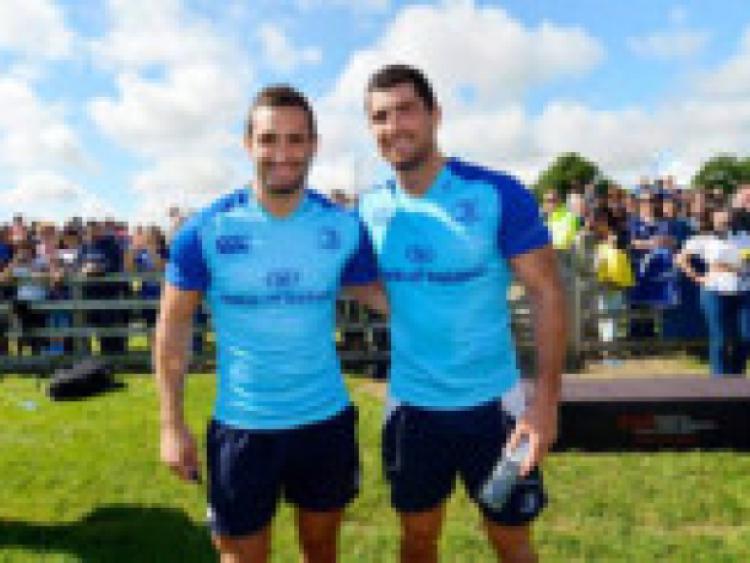 With the first weekend of Guinness Pro 12 kicking off, we take a look at Leinster’s new Leaders, new club captain, Jamie Heaslip and vice Captains Rob Kearney and Sean O’Brien. How will these three distinctively, different personalities lead Leinster forward this season?

With the first weekend of Guinness Pro 12 kicking off, we take a look at Leinster’s new Leaders, new club captain, Jamie Heaslip and vice Captains Rob Kearney and Sean O’Brien. How will these three distinctively, different personalities lead Leinster forward this season?

At the end of last season the big buzz word was “Transition”. How will Leinster transition without Brian O Driscoll? How will Leo transition from playing to coaching? What will become of the culture within camp, due to the vacuum left by the retirement of such legends?

Over the summer they have secured some quality yet unique signings in Ben T’o and Kane Douglas. They have the signed, sealed and delivered contract of golden boy Jonathon Sexton. Interestingly, Matt O’Connor has handed the leadership role over to three men.

Many would say his choice was a natural progression and” transition” for the newly titled Club Captain Jamie Heaslip, and V.P’S Rob Kearney and Sean O’Brien. What’s makes this decision interesting is that O’Connor overlooked the likes of D’Arcy, Mc Carthy or club stalwart Shane Jennings and immediately shifted to the younger members. Who have only every known the highest levels of professionalism, optimum training and success, they are winners on both provincial and international levels. All three are two time touring British and Irish Lions; they have tasted bitter defeat and equally glorious success.

On a personal level all three men are extremely well educated, their public commitments, charitable efforts and business ventures are numerous and all quite successful. They are most definitely not kicking their heels on their down time. One such example of this is the upcoming opening of The Bridge 1859, further evidence that their professional friendship goes far beyond the pitch.

So, personality wise what do they have to offer as leaders?

Often regarded as the ultimate rugby professional Jamie Heaslip! He is extremely well managed my IKON talent, a maverick like personality both on and off the pitch. In truth there is a childish giddiness about Heaslip, he jokes, laughs and loves a good argument. Heaslip is highly respected amongst the players and coaching staff from Leinster to Ireland.

He is regarded as a freak of nature as he seldom gets injured. Heaslip has gone from being barely considered in the early stages of his career, to his absence from a team selection being unimaginable! Now, he rests as club captain a natural transition for a man who has played all his rugby in Leisnter “

A man of few words, the hard hitting speedster is guaranteed to break all around him on the pitch! O’Brien’s approach to leadership is truly of old school rugby mentality “Just to lead by example on the pitch.” O’Brien brings a natural, down to earth approach to everything he does, a farmer at heart. His country manner is refreshing among this group of city boys. How he leads his squad in the today’s opener will set the pace for the season ahead.

The selection of a fullback as vice captain is slightly unusual due the nature of the position. Rob who captained Leinster a few times last year, is an effective communicator, whose diligence and desire for perfection will ensure a solid determined captain. He has also showed to be a key leader among the backs in particular, when Madigan plays at ten.

What we do know about these three men is that they are equally passionate, determined players who expect and demand standards. Yet, they are all huge international rugby stars who attract much media attention both on and off the pitch.

Does this matter? Or is it all potentially a distraction? The period of “transition” is truly over; it’s time for the Three Amigo’s to lead Leinster into a new era of provincial rugby dominance. Will they succeed?  Can they fill the vacuum left by Cullen and BOD, Leinster fans await with a bated breath?