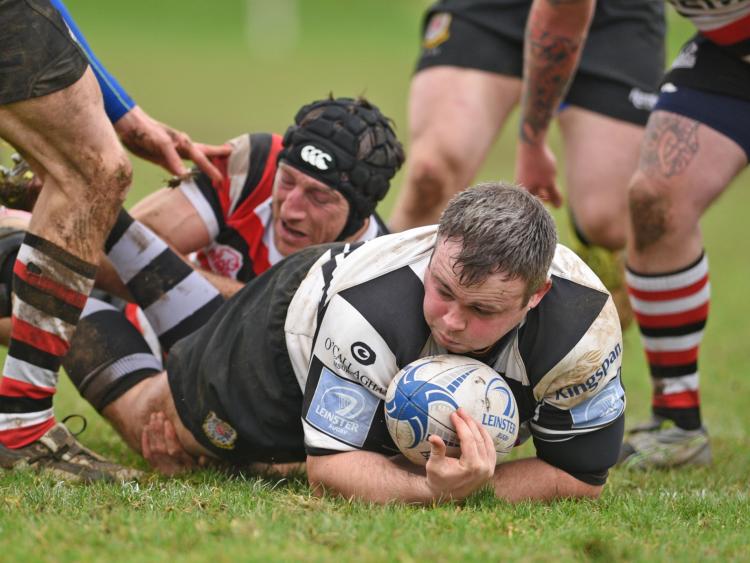 Dundalk’s Towns Cup hopes ended in cruel fashion on Sunday when they were beaten by old rivals Enniscorthy in the second round at the Mill Road.

This was the third meeting between the sides this season. Both clubs won their respective home games in the Leinster League and yet again there was very little between the teams.

As always, the game started at a high tempo and it was the visitors who drew first blood when Dundalk gave away a penalty with the opposition inside their 10m line.

This didn’t deter the Mill Road men and they marched back up the pitch with some great training paddock moves in the backs and their forwards breaking down the Enniscorthy defensive line.

Indiscipline gave way in the Wexford side’s ranks and Dundalk were awarded a penalty which Gearoid McDonald easily slotted over the bar.

Buoyed by the score, Dundalk went back up towards the Enniscorthy line from the restart but a knock on, resulting in the visitors kicking down the pitch and catching Dundalk off guard, resulted in a try for the away side.

Dundalk’s resilience held up and with just minutes left in the first half, player coach Mike Walls scored a try to send the hosts into the interval 10-8 in front.

The second half, much like the first, was a battle with neither team backing down and most of the play taking place in the centre of the park.

Enniscorthy took a grip of things when they broke through the Dundalk defence to add another try and they followed it up with a penalty to move eight points in front, 18-10.

Dundalk, however, continued to make inroads and they moved within a score of winning the game thanks to a brace of superb McDonald penalties.

However, with time almost up, the Dundalk kicker sent a last-gasp penalty agonisingly wide of the right-hand post as Enniscorthy held on by the skin of their teeth to advance.

Dundalk 2nds are in Towns Cup action on Sunday, February 26 when they take on Longford in the second round. Kick-off at the Mill Road is . All support is greatly appreciated.