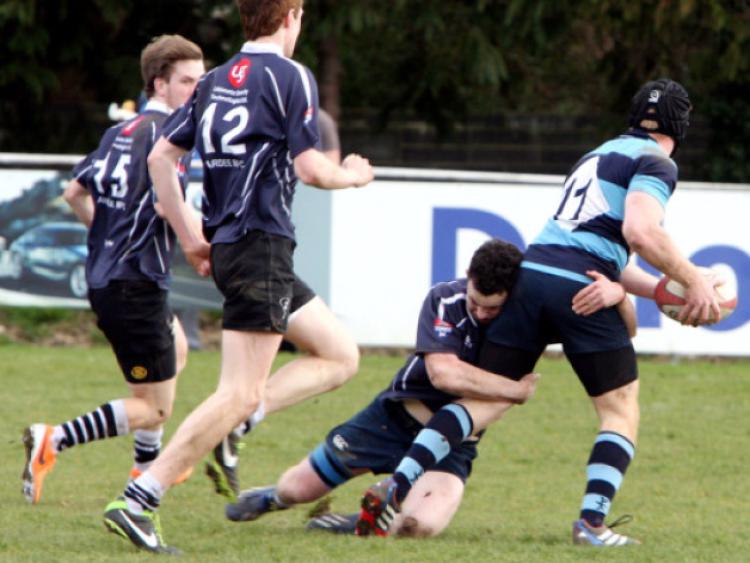 Dundalk had a comprehensive victory over Coolmine on Sunday in their final Leinster League 1A match of the 2013/14 season.

Dundalk had a comprehensive victory over Coolmine on Sunday in their final Leinster League 1A match of the 2013/14 season.

They had to do things the hard way when after 10 minutes winger James Shields was red carded for a tip tackle.

Coolmine started off by getting the opening try early although that was to be as good as it got against the 14 men.

Dundalk soon responded by adding a penalty which scrum-half Thomas Campbell converted. Campbell took over the kicking duties in Ultan Murphy’s absence and Jonathan Williams returned from injury to slot in at out-half.

Dundalk huffed and puffed but were unable to get across the line before half time leaving the score 5-3 at the break.

They started the second half the way they finished the first and although Coolmine had a full side they were struggling to contain Dundalk’s attack. Up front Johnny Gray, Mike Bentley and Ene Faatau were carrying strongly and making the gain line time and time again.

Coolmine started to concede penalties as their defence started to unravel. Campbell kicked three to put Dundalk in front 12-5 with 20 minutes to go as they started to play some excellent team rugby.

O’Hagan was unlucky not to get over after a great offload by McGee saw him held up just short of the line. Their first try came after some strong running by substitute Laurence Steen and further carries from the pack took play out wide on the left. John Smith ran strongly off the ruck before passing to Gray who got over for a superb team score which Campbell converted and their second try soon followed.

Williams got the ball to Campbell who chipped the ball over the rushing defence which allowed McNally to regather the ball and score in the corner. Campbell missed narrowly with the conversion to leave the score 24-5 and that’s how the game ended.

It was a great way for the squad to end their league season. Having finished fourth in 2013, the squad will be very satisfied in improving on that with a second place finish. They seem to be gaining momentum heading into their Towns Cup quarter final at Enniscorthy and will be confident of progression.