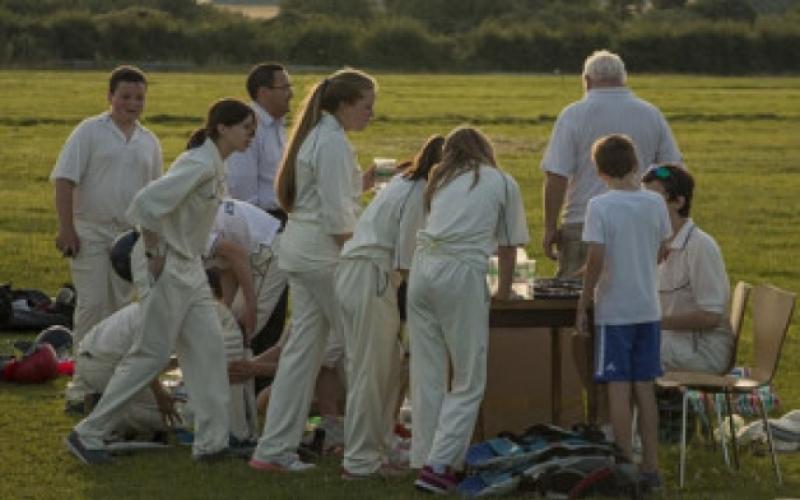 An intense final over of the first Dundalk Youths T20 saw the game finish out as a tie after a marvellous effort from both teams in an enthralling game that swung back and forth throughout in Dromiskin recently.

An intense final over of the first Dundalk Youths T20 saw the game finish out as a tie after a marvellous effort from both teams in an enthralling game that swung back and forth throughout in Dromiskin recently.

Defined as a friendly warm up for the teams before the first inter-club games, it was anything but for the players with even the toss being watched and waited on with bated breath.

Opening the bowling for Team A was vice captain Ryan Kirk who limited Team B’s opening batting partnership of Doherty and Hazel Williams. Eventually the two girls got into their rhythm and started slotting runs together.

Breakthrough came for Team A soon after as father and son pairing of Brian and Leo Mullen came onto the bowling attack and took wickets in quick succession, bowling out Paul and Keely O’Connor.

For the last few overs in the game, Josh Challoner and vice-captain Michael Mullen totted up the runs for Team B. The final batting total Team B amassed was 61 for the loss of three wickets.

Opening batsmen for Team A, Gerry McKeever and Leo Mullen went out all guns blazing from the start, the former striking some magnificent boundaries before being bowled by Williams in the third over. Leo Mullen suffered the same fate the next over, his wicket taken by Doherty.

In a moment of pure class, next batsman Elle Mae Tremewan was run out by Louise Challoner with a direct hit from mid-wicket, handing Team B the advantage for the first time. This was helped on by Michael Mullen’s dismissal of opposing captain Cousins just a few overs later.

Just when Team A looked set to cement a lead, things began to fall apart. Chong couldn’t translate his recent run of form into runs, succumbing to the experienced Fergie Boyle, caught brilliantly by Euan Finnegan at short fine leg.

Order was restored as Kirk came to the crease. He was just a bit too calm for the final delivery of opposite vice captain Mullen, however, leaving an outswinger to graze his off stump.

Pressure was building on the batting team again and another wicket came as a result, this time Eddie Bosano-Andrews was unfortunate to nudge a ball behind, into the grateful gloves of wicket-keeper John Finnegan.

Keeping to the run rate, Catherine Marcus and Brian Mullen needed four runs off the last over to clinch victory at the death.

Michael Mullen was given the ball to bowl and his varying fast bowling caused all sorts of problems for his namesake at the other end for three of the final six deliveries. On the fourth, to add a twist to the tale, it was deemed wide by the umpire and then left the batsmen a target of three runs from three balls to win.

Both Mullens remained stoic under huge pressure as batsman Brian calmly leaving two full length balls bowled outside his off stump by Michael. For the final ball of the innings Brian skilfully cut across the ball before sprinting the final two runs, leaving the game miraculously drawn after twenty overs each.