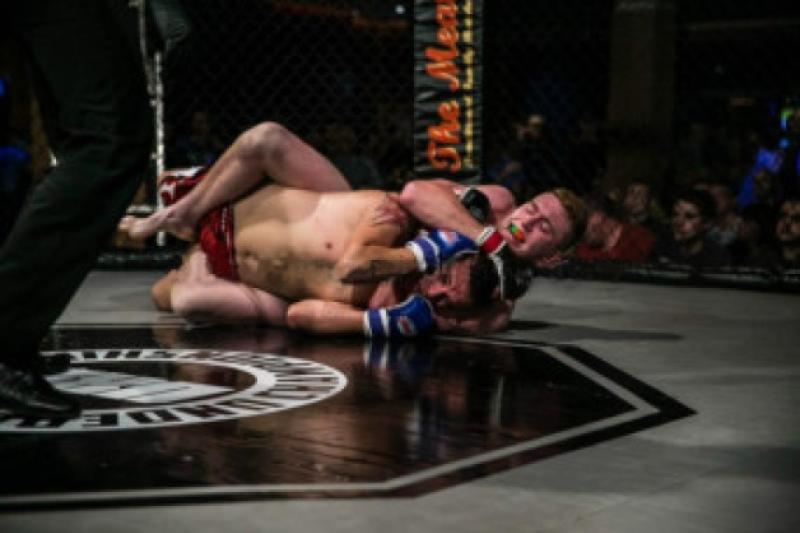 Two members of Team Torres recently travelled to Toombridge in Antrim to participate in the UXC Fight Night with a chance for the winners to compete in the Odyssey Arena in Belfast.

Two members of Team Torres recently travelled to Toombridge in Antrim to participate in the UXC Fight Night with a chance for the winners to compete in the Odyssey Arena in Belfast.

First up was Niall Wilson, competing in the welterweight section. This fight represented only Niall’s second foray into the world of MMA, having previously successfully competed in several BJJ competitions. His opponent was Chris Bracken, fighting out of the Next Generation Stable who was making his MMA debut.

Niall worked the psychology of the fight from the get go by wearing his BJJ Gi on the walk in to the ring and staring menacingly at his opponent in the hope of intimidating and unsettling him.

From the bell that sounded the beginning of round one, Niall pressed his opponent, dominating him in the stand up, landing barrages of heavy punches, kicks and knees and taking him down with ease.

After some ground and pound, Niall’s opponent gave up his back in an attempt to escape the onslaught and was submitted with a classic rear naked choke with just over two minutes gone on the clock, extending Niall’s MMA record to a respectable 2-0-0.

It was not to be team-mate Aaron Devlin’s night, as despite a gutsy performance, where he took his opponent down several times and appeared to be dominating the ground game, his more seasoned opponent Ross McCorriston, also fighting out of the Next Generation stable, proved too experienced and too heavy a hitter. Aaron’s fight was stopped by the referee in the first round.

It takes a lot of courage to compete in MMA and Head Coach Sebastiao Torres is very proud of both men. Team Torres train on Saturday mornings at 10am in MAS-F, Butterly Business Park, Coe’s Road for those who wish to compete in BJJ or train purely for self defence.