Hard work pays off as Magee stars in Belfast 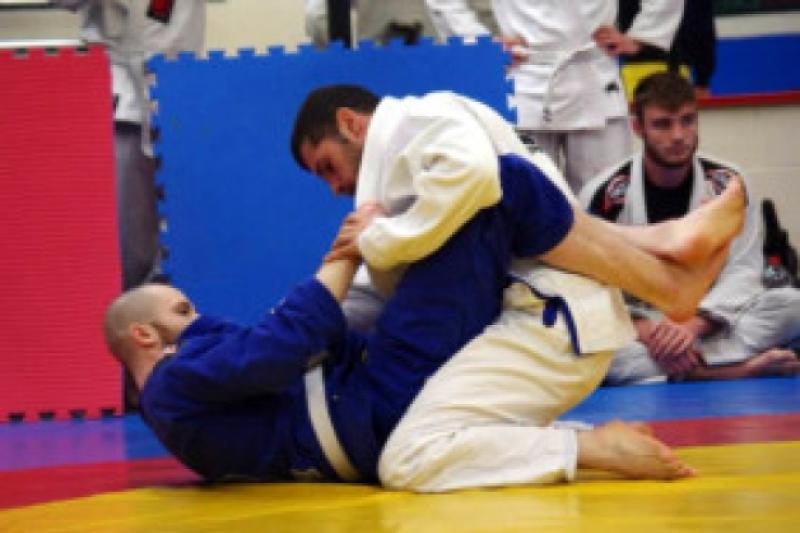 Team Torres BJJ closed out the summer season with yet another eventful weekend starting with Saturday when novice fighter Padraig ‘The Flea’ Magee travelled up to the Waterfront in Belfast to compete in the inaugural Kumite-MMA Fight Night.

Team Torres BJJ closed out the summer season with yet another eventful weekend starting with Saturday when novice fighter Padraig ‘The Flea’ Magee travelled up to the Waterfront in Belfast to compete in the inaugural Kumite-MMA Fight Night.

This was an event which featured some of the best up and coming amateur talent from across Ireland, all of whom are eager to replicate the achievements of Conor McGregor.

The event was MC’d by Alex Reid and the proceeds of the event were donated towards stem cell treatment for a young lad from Ballymena.

Padraig, fighting at flyweight, was up first on the card in a hotly anticipated duel against Austin Lynch who fights out of the Kyuzo MMA Gym in Dublin and who was coming off an impressive first round TKO win in his recent debut performance in UXC 1. Both gyms have a strong grappling background and bring with them a well versed submission game but both fighters have a reputation of not being shy about keeping the fight standing.

In what was a bruising, action packed encounter, Lynch showed some impressive striking skills and brought the fight to Magee. Padraig, though, weathered the storm, dominating the ground game and finished the fight in the second round with a classical head and arm triangle choke.

Coach Sebastiao Torres was delighted with Magee’s performance and rate of improvement.

“Pádraig Magee showed tonight that hard work will take you where you want to go,” he commented afterwards.

The following day the club held a well attended in-house competition which gave members an opportunity to showcase the improvements in skill level that has been clearly evident in their weekly sparring.

The event had categories for white and blue belts in the -73kg, -85kg and +85kg categories followed by an absolute section. The day involved some hotly contested fights and provided some valuable competition experience in preparation for the next round of the Brazilian Jiu Jitsu league which will be held in Letterkenny on September 14.

Team Torres BJJ look forward to an action packed autumn schedule as they continue to make a name for themselves in the world of MMA and BJJ.