Redeemer star Conroy
is on top of the world! 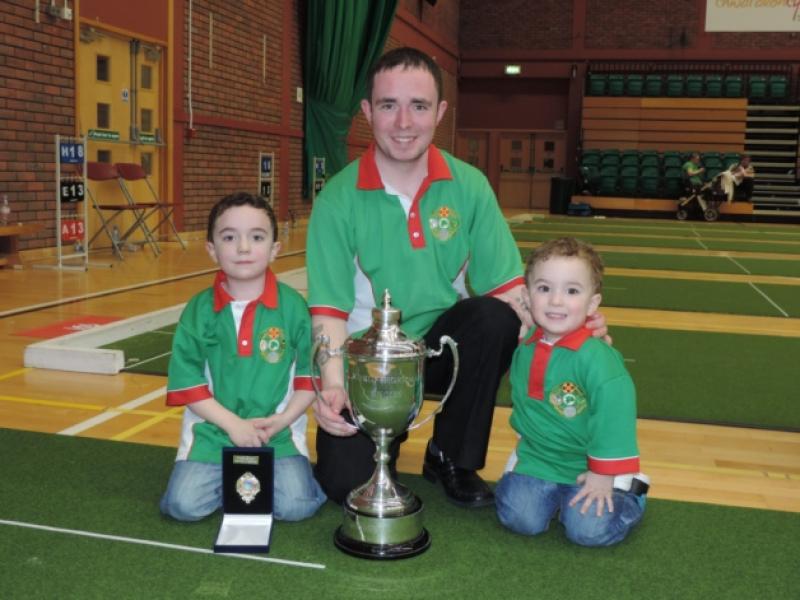 With no fewer than 13 countries taking part in the event across four individual competitions: Singles, Pairs, Triples and Fours, Kevin knew he would have to be at the top of his game to have any chance of claiming his first World Singles title.

Kevin is no stranger to the World Championships, having already won the Fours in 2012 and the Triples in 2000, but the Singles is the one he was most hungry for especially as he was beaten in the final 10 years earlier.

In the group stages, which comprised of 10 countries, Conroy started off against Belgium. Each country had to be played with the top two qualifying from each group for the semi-final stages.

Over the nine matches in his group, Kevin topped the table to reach the semi-finals, destroying the majority of his opponents and racking up a shot difference of +110. He played some incredible bowls and looked unstoppable in some of his matches which is why he is highly regarded as one of the best, if not the best, bowler in the country.

In the semi-finals Kevin faced his fellow countryman, John Quinn, from Donegal. As expected, this was a titanic battle from start to finish with some of the best drawing bowls you will see from both players.

In the end, Conroy just edged it 12-7 in a fascinating match to set up a final showdown with Luke Haddon from Wales.

In the final, Kevin started off well, picking up two shots in the first end before racing into a 6-2 lead after five ends. He never looked back after that and after nine ends the score was 12-3.

The Welshman was finding it difficult to live with Kevin’s bowls and with two ends to spare the match finally ended 15-6 and Conroy was crowned world champion and a worthy champion at that.

It was a very proud moment for Conroy as it was witnessed by his wife Donna and two sons Wyatt and Oscar who were also the Irish team’s mascots.

Kevin now only needs the Pairs to complete the full set of World titles which would be a remarkable achievement in such a short time span.

He is already one the most decorated short mat bowlers around and will no doubt continue to break records over the coming years.

The Irish team in total had great success at World Bowls this year, taking home three of the four titles available.

Congratulations to all the winners and also to local players Billy Taaffe, Sean Trainor and Paddy Hanlon from Redeemer/Cooley on finishing a very respectable 3rd in the World Triples.