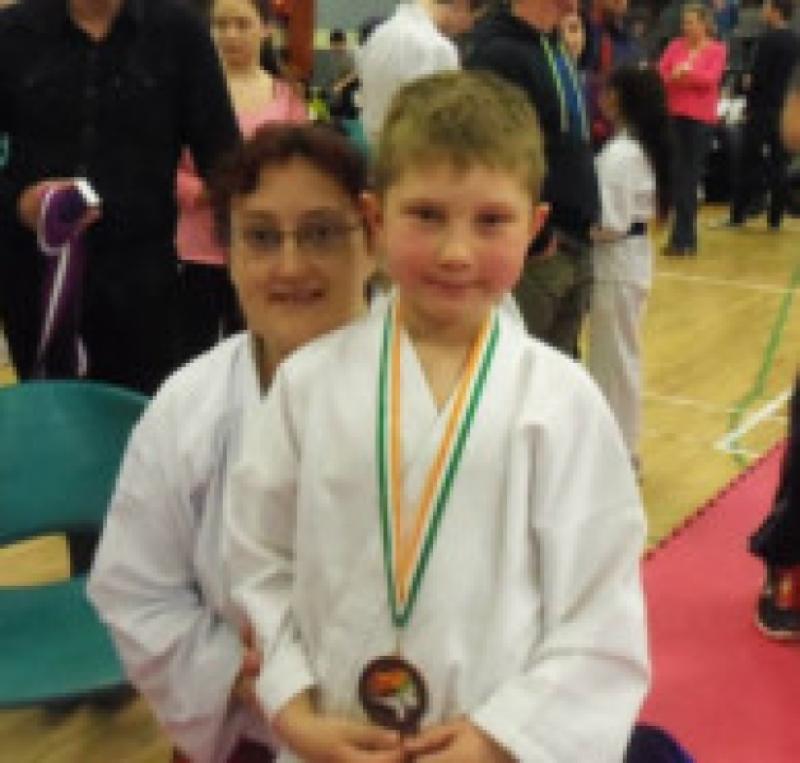 Dundalk Karate returned from Saturday’s recent international competition in Ardee with an abundance of medals.

Dundalk Karate returned from Saturday’s recent international competition in Ardee with an abundance of medals.

Clubs from all over Ireland and England travelled to the annual competition and to say that members of Dundalk Karate were tested in Kata (form) and Kumite (fighting) abilities is an understatement.

The majority of competitors who were up against Dundalk Karate have been training and competing for a number of years, and for Dundalk Karate to return victorious with two gold medals, four silver and two bronze is a huge achievement in itself.

“To see a student compete for the first time is nerve racking, but to see a student walk onto the Tatami Matts and to take charge from the word go is amazing to watch.”

“For a member who trains with me twice a week to come up against more experienced competitors and to win a bronze medal is a result in itself.”

A number of other members stood out during their categories, including brother and sister, Chloe and Christopher Joyce. Both of these members were competing for the first time also and for Chloe to return home with a silver medal in her Kata category and for Christopher to be awarded “Student of the Day” by Sensei Marcus for being the best Karateka, is another achievement for all to be proud of.

If you would like any further information on Dundalk Karate, why not contact Sensei Mary Marcus by email on karatequeen@live.com or by phone on 0863531625.