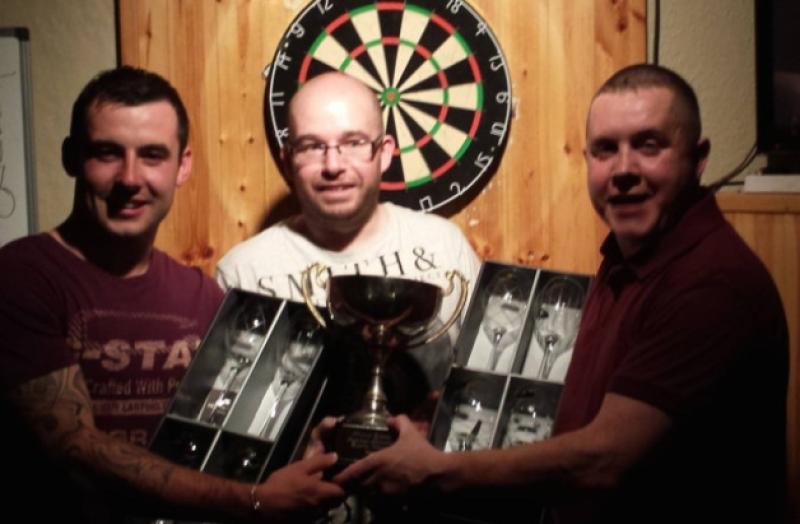 The Tuborg Dundalk and District Darts AGM will take place on Thursday, September 18 at 8pm in the Commercial Club, Dundalk.

The Tuborg Dundalk and District Darts AGM will take place on Thursday, September 18 at 8pm in the Commercial Club, Dundalk.

The league’s committee have requested that any signed submissions for discussion on the night to be left into the Commercial Club in a sealed envelope or emailed to the secretary at dundalkanddistrictdarts@gmail.com on or before 8pm on September 4.

Darts players from Dundalk and the surrounding areas came together at The Stag’s Head recently to play for the Michael Quigley Memorial Perpetual Trophy recently. This competition was run independent from the league but received massive support from the its members. This trophy has been lying dormant for the last 12 years and was resurrected for a fundraising night in aid of a local player who has recently suffered from ill health.

The night proved to a huge success with 30 plus teams registering to take part in this doubles competition in the hope of joining the who’s who of the local darts scene who have won this cup in the past.

The event was given a bit of added glamour as local heroes Patrick Hoban, Ruaidhri Higgins, Simon Kelly and Stephen O’Donnell of Dundalk FC came down to support the event.

Scores of 100 plus were hit on a very regular basis and some players who hadn’t thrown competitively in an open competition in many years showed that they hadn’t lost their ability to hit big scores, namely Joe Davidson, Sean Conroy and Aidan McQuillan. John O’Brien and birthday boy Gerard McKeown showed from the early rounds that they had their eyes firmly fixed on picking up the cup.

They were pushed all the way in their game against Gavin Hilliard and Andy Mackin - Andy was part of the last cup winning team back in 2002 alongside Dermot Ralph - to book their place in the semi-finals.

Here they met John Donnelly and Daniel Dunn - two established county players were a lot of people’s favourites to win the competition. In a tight game, O’Brien and McKeown pipped the favourites to the post and made it to the final.

Stephen Shields and Paul “Dicky Callan” were unlucky to come up against two seasoned campaigners in the form of Paddy Kearney and Gerry ‘The Dub’ O’Connell in the other semi final.

Both teams gave it their all in an entertaining final and it was O’Brien and McKeown who lifted the cup after a thrilling encounter.