Girls excel at basketball and hockey 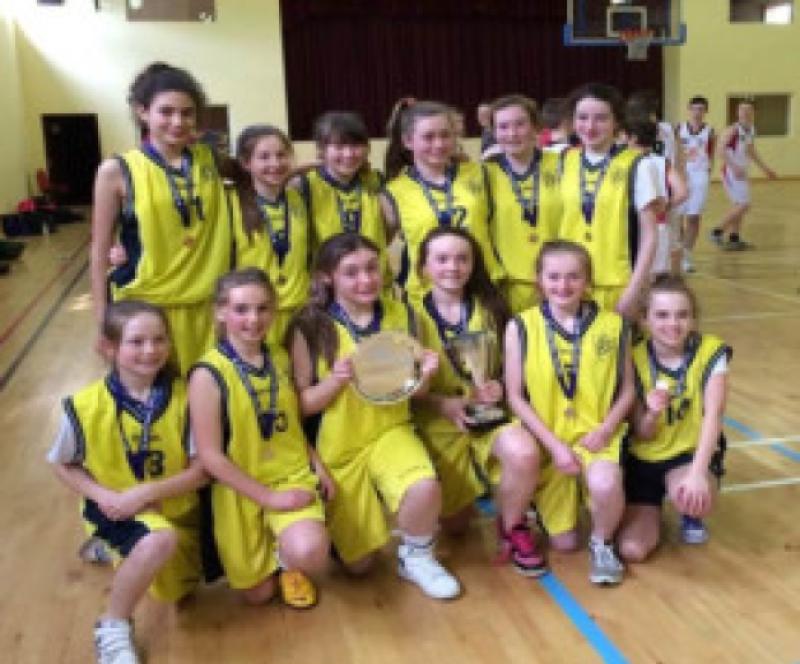 It has been a great few weeks for Dundalk Grammar School’s sports teams.

It has been a great few weeks for Dundalk Grammar School’s sports teams.

The Grammar girls fought back from 12-2 down at half-time to win the game 18-15. All the girls put in a great performance to beat favourites, St Vincent’s but a special mention goes to captain Sophie Murtagh and Ericka Dolan for outstanding performances.

The girls now continue to train as winning the league enters them into the play-offs for the All Irelands.

The girls travel to Muckross College on Tuesday, April 8 to play in their play-offs and the whole school send them their best wishes.

Not to be outdone, the hockey girls continued to build on their recent success.

After the 2nd year girls team beat Mount Anville in the Leinster final two weeks ago, all four girls hockey teams travelled to the ALSAA playing fields to play in the Meath finals.

The U16 girls beat Mercy Navan 2-0 to win the junior title. The goals were scored by Amy Berrill and Ellie Wasylocha.

This is the third trophy this group of girls have won in the past four years!

The 2nd years then played Skerries in the Minor A final and the girls won this game comfortably to complete the double.

The goal was scored by Zoe Vallentine and this is the third trophy this group of girls have won in just two years.

The 1st years faced a very tough Skerries side that beat them during the season. However the young 1st year team played an amazing game of hockey and beat the Skerries side by three goals to nil.

The goals were scored by captain Robyn Gallen, Leah Pollock and Rachel O’Brien. Dundalk Grammar have now won this Minor B title for the past four seasons.

The senior girls played a very physical Skerries side in the Senior A final.

The girls found themselves two goals down after five minutes as they started the game slowly but they fought back hard and scored a goal through Megan Wayte.

The Grammar continued to fight and played some excellent hockey and were very unfortunate not to find an equaliser.

The girls lost this game which was a very sad day as it was the last game for six 6th year students. These six girls have played hockey every year throughout their time at the Grammar, and during this time they have played in six finals and won four trophies which is a great achievement!

Coach Nicola Clements and Ruth Eveson would like to thank the girls for all their dedication they have given to Dundalk Grammar School hockey.