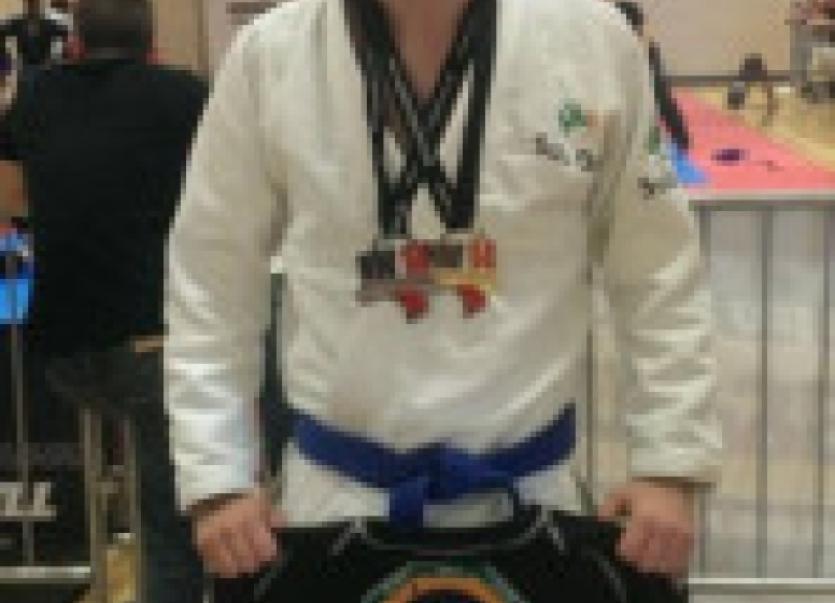 The number 13 proved lucky for Team Torres’s Andrew McGahon when on the 13th of this month, in his 13th competition of the year, he claimed the fighting arena in Liverpool’s Jubilee Sports Centre as his own during the Northwest BJJ Open.

The number 13 proved lucky for Team Torres’s Andrew McGahon when on the 13th of this month, in his 13th competition of the year, he claimed the fighting arena in Liverpool’s Jubilee Sports Centre as his own during the Northwest BJJ Open.

The morning started with the NoGi section where he was entered in the hotly contested under 70kg event. En route to the final, Andrew displayed a versatile array of submissions in the prelims to reach the final where he faced seasoned competitor Richie Bough of East Coast Jiu Jitsu.

Andrew, continuing the trend of the morning, submitted his opponent with a Rear Naked Choke to take the top podium position and a prestigious gold medal.

After a short rest, Andrew yet again took to the mats in the afternoon to compete in the Featherweight Blue Belt GI event, where he was up against some very tough fighters, and where he eventually claimed his second medal of the day when he fought Christopher Newman of Checkmat BJJ in the finals.

The dying seconds of the match had the crowd on their feet as Andrew, knowing he was slightly behind on points, went for broke and attempted a Bow and Arrow Choke but it proved to be too loose so he transitioned to an Armbar which his opponent defended.

The Team Torres man then spotted that his opponent was open for a Triangle attack but it was too late and the buzzer sounded to signal the end of the match with Andrew narrowly losing out on points but nonetheless taking a well earned silver.

The Championships attracted elite athletes from all over Britain and Ireland and Andrew’s outstanding performance showed he was worthy of his mantle as an aspiring prince of Irish Brazilian Jiu Jitsu.

This competition was yet another stepping stone on Andrew’s relentless march towards European glory when he represents Ireland along with some of his Team Torres team-mates in the European Championships which will be held in the Portuguese capital of Lisbon in January 2015.

Andrew has been trained to international standard by his coach, Irish Brazilian Jiu Jitsu and Judo ace, Sebastiao Torres. Acknowledging Andrew’s dedication and commitment to training, Sebastiao remarked afterwards that “Andrew has trained hard and has developed as a well rounded fighter and his success at this event on the international stage shows that Irish BJJ is a growing force to be reckoned with on the international scene”. If you want to be part of this success then why not try a free BJJ class on a Saturday morning in the MAS-F on the Coe’s Road or see our Facebook page ‘Dundalk Team Torres BJJ’ for a full schedule. This weekend will see our first BJJ class for females take place.