Darts action  hotting up in the McAlester Shield 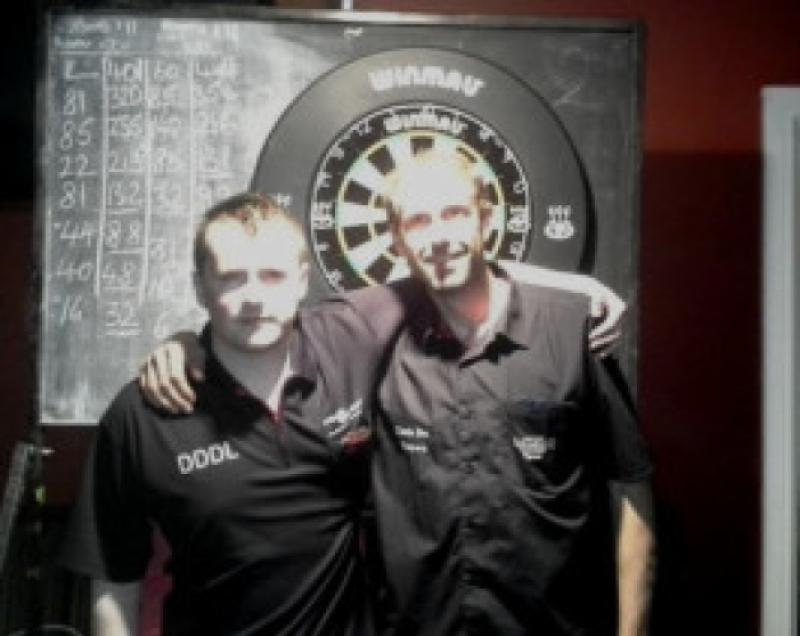 The Tuborg Dundalk and District Darts league is entering the final stages of a season that has proved to be extremely competitive across all divisions.

The Tuborg Dundalk and District Darts league is entering the final stages of a season that has proved to be extremely competitive across all divisions.

In recent weeks, dart throwers have been competing in the Andrew McAlester Open Shield, an open competition where every team in the league plays in a knockout format.

This ‘FA Cup’ of darts has seen some great games between teams from different divisions and has shown that the standard throughout the league is closer than some people may have thought.

The semi-finals and final of this competition is to be held in the Avenue Inn on Thursday, June 12 and it looks to be a great night of darts with Premier Division champions Avenue Eagles taking on Commercial 1896. The other semi-final is between Premier Division Cup winners The Stags and a McEnteggart’s team who were gathering momentum towards the end of the league.

During the break in team darts, each player within the league was invited to play in the Divisional Doubles competition.

The Commercial Club played host to the Premier players and it was Paddy Kearney and Graham Unwin who overcame John Donnelly and Daniel Dunn in the final.

The Stag’s Head was the venue for the First Division ties and it was a team from Courtney’s who came out the victors with Ciaran Dunne and Paidi Daly working their way through a very competitive draw to take the title after a 3-2 win over Chris Lennon and Niall McQuillan of Harry’s Bar.

The Second Division, hosted by Reilly’s Bar in Oriel Active, was equally as dramatic. The darts on the night were once again of a high standard and it was last year’s winners, Barry Dillon and Bob Morgan, who retained the title after fighting off Aidan Conroy and Chris McMahon from the Stag’s Head.

The Doubles competition proved to be a great success but the title of Singles champion is the most coveted title in the league. The finals night took place in Kehoe’s Bar, Barrack Street on June 5 and it proved to be an amazing success. The Premier Singles final saw last year’s runner-up, Daniel Dunn take on Ray Campbell in a spectacle of darting ability. Daniel found himself 2-0 behind and despite a spirited comeback he fell foul to the man from across the border as Campbell was crowned Premier champion.

The First Division final saw two team-mates from Oriel Active taking on each other as Carl Thomas played his team-mate Patrick Taaffe. Patrick had showed great form all the way to the final but it was Carl who pushed home and took the title of Singles champion.

The Second Division saw two players who had competed in the Divisional Doubles final face off again. Aidan Conroy played Bob Morgan and it was Conroy’s improved finishing that paid off and saw him reverse the result of the Doubles final and consign Bob to the runners-up spot.