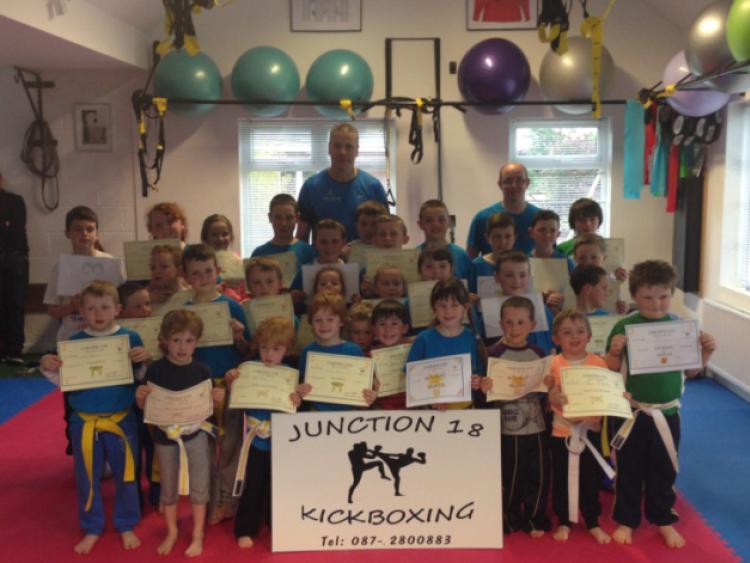 Junction 18 Kickboxing Club held their annual grading session in Faughart at the end of last month.

Junction 18 Kickboxing Club held their annual grading session in Faughart at the end of last month.

Both kickboxing instructor, Bernard Duffy and fitness instructor Ciaran McArdle tested all students on a number of moves, katas and blocks.