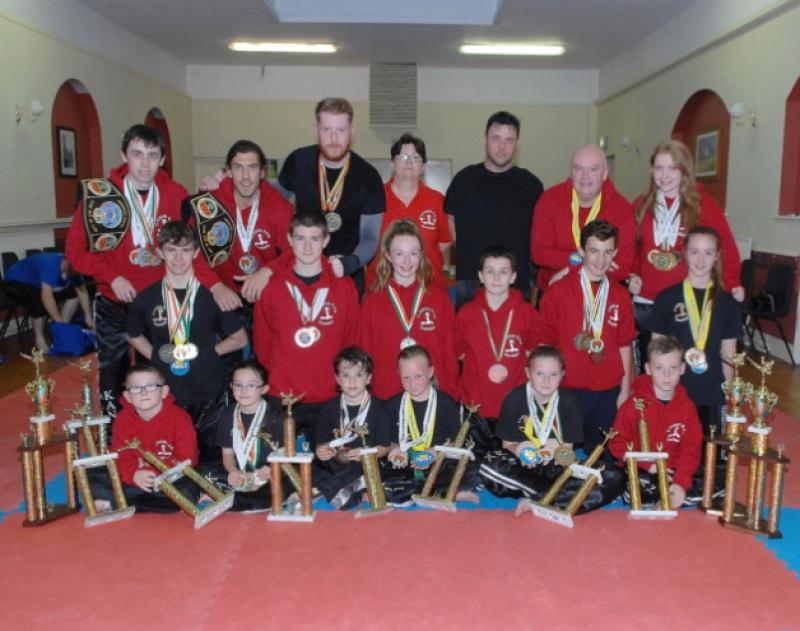 Based in St Gerard’s Hall at the Redemptorist Church, Cobra Kan is a karate and kickboxing club that caters for young people from the ages of four and up.

Based in St Gerard’s Hall at the Redemptorist Church, Cobra Kan is a karate and kickboxing club that caters for young people from the ages of four and up.

Club instructor Patricia McQuillan works toward improving student self-confidence and self esteem all while incorporating self defence with a good cardio workout.

However, not only does Cobra Kan work on self defence, they also have many competitive fighters who are well known on the tournament scene.

This shows that not only are students showing fighting skills but also determination to continue to better themselves throughout each year.

Cobra Kan have also competed regularly at this year’s eliminations. This is where fighters from all around Ireland compete for a chance to fight in the World Championships and secure a coveted place on the Irish team.

Cobra Kan is very proud to say that 21 students qualified to represent Ireland at the World Championships which will be held in Dublin this year.

The club have also been trying their very best to attend every competition. Recently this involved them travelling to Co Antrim to attend the Northern Ireland Open. The club did very well at this and had a huge trophy haul returning home, proving that all the hard work is paying off.

Cobra Kan will attend the World Championships from the October 4-9 and are delighted that it will take place in Ireland this year. In the past, Cobra Kan has travelled all over the world to attend the Championships with Spain, Italy and Canada being just a few examples.n.

The club would like to thank the community for its continued support and wishes all the fighters the very best of luck in Dublin.