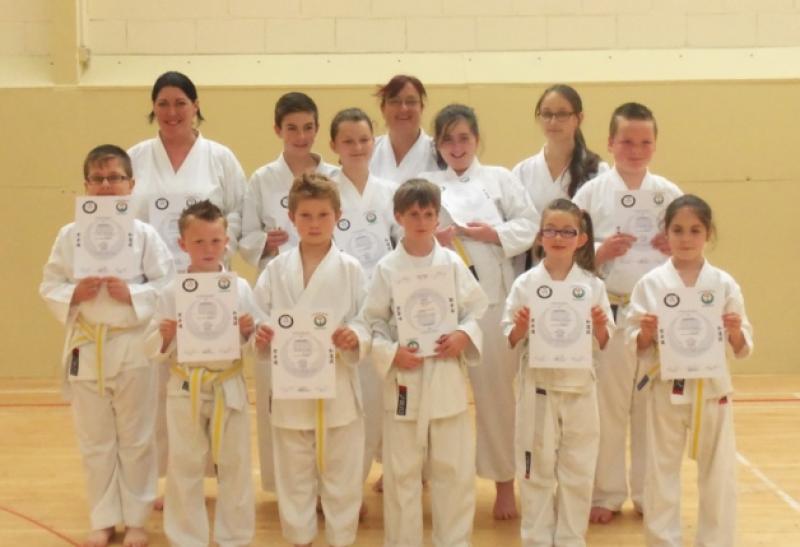 Students of Dundalk Karate triumphed yet again during a recent grading at the Redeemer Family Resource Centre where everyone was put through their paces.

Students of Dundalk Karate triumphed yet again during a recent grading at the Redeemer Family Resource Centre where everyone was put through their paces.

Everything from basic punches, blocks, kicks to combinations, Katas (form) and Kumite (fighting) was covered and each and every member proved that not only had they been putting in the hours in the dojo training, but that they were more than ready for their next Kyu Grading.

Up first was Isabelle and Ryan who sailed through their 10th Kyu Grading (Yellow Stripe), followed closely by Katie, Franciszek, Philip, Liam, Denise, Chloe and Christopher who were all triumphant in passing their 9th Kyu Grading (Red Belt).

Each and every member passed with flying colors and with Sensei Mary Marcus scrutinizing every move each member made, nobody failed to impress.

“Today is another stepping stone in their karate journey and I am delighted to be part of this journey. I am so proud of each and everyone of them, they have shown that they are true Karatekas,” said Sensei Marcus.