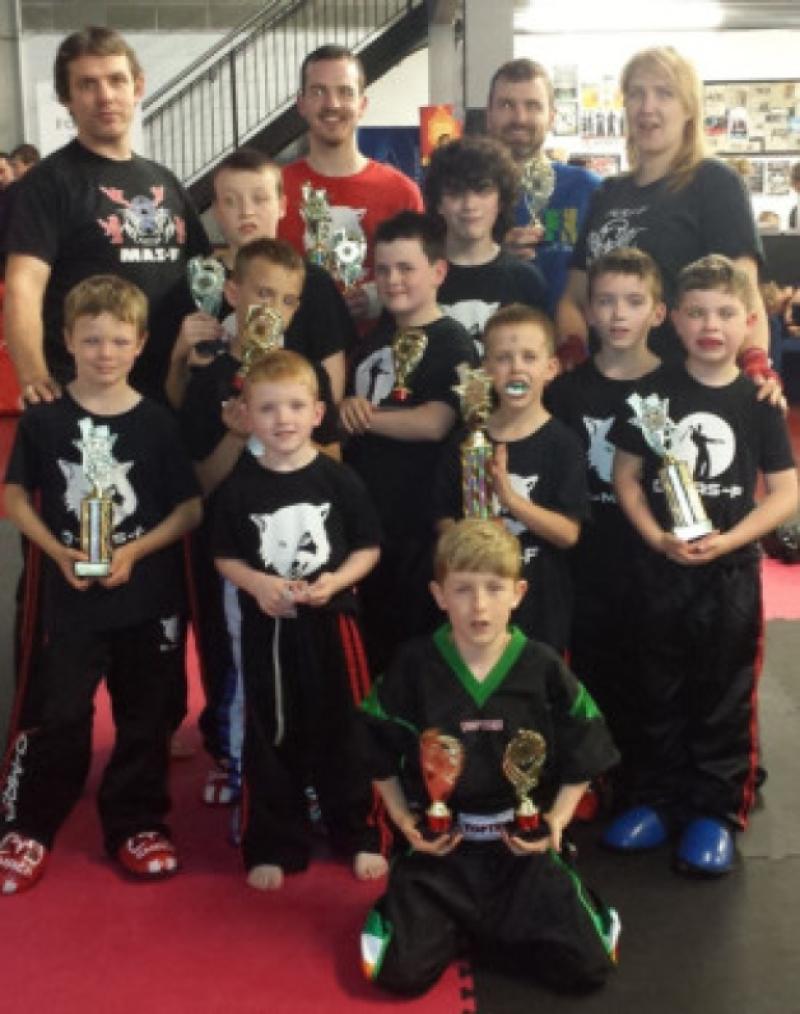 Enda Kelly took on national champions in the musical weapons division with his double bo routine and he gained the first trophy of the day - a bronze.

The younger members of the team, Padraic Mooney and Conor Sharkey acquitted themselves very well. Padraic competed for the first time, reaching the quarter-finals and Conor, at just six-years old, fought with determination and secured a gold for his efforts.

Conor’s big brother, Ethan, and Callum O’Connor met stiff competition in their continuous division and both took bronze. Callum went on to gain a silver for point fighting in what proved to be one of the biggest sections.

Not to be outdone by his young son, Caolan’s dad Cian stepped into the senior men’s sections and secured a gold for continuous fighting and a bronze for point-fighting.

Conor O’Murchu, who is away representing Ireland this week, secured a bronze in the advanced division, with his father Ruairi taking bronze in both point and continuous fighting.

Matthew McQuillan and Conor Shields fought in the tall section for point fighting and gave great accounts of themselves. Matthew entered continuous fighting for the first time and conceded the win in the semi-finals, gaining a bronze for his effort.

All in all, a great day’s competing was had by team MAS-F with chief instructor Wayne Rutherford and assistant coach Fidelma Martin beaming with pride at the confidence displayed by all. Training continues in the two-storey full-time centre on the Coe’s Road.