Success in June for MAS-F 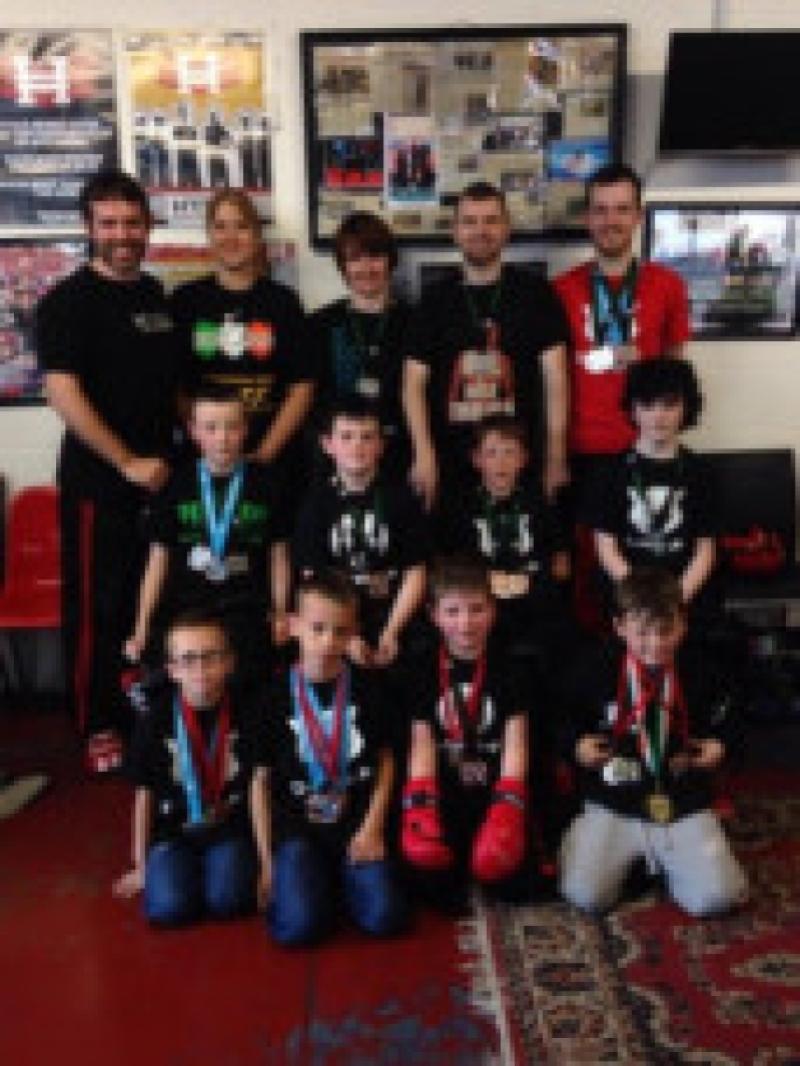 Dundalk Martial Art School of Fitness’ students were in national and international action over the last month.

Dundalk Martial Art School of Fitness’ students were in national and international action over the last month.

A small team headed to Edenderry for the Hurricane Combat Athlete’s Open where they secured a plethora of medals from bronze to gold in Weapons, Point and Continuous fighting.

Wrapping up the month’s competitions was the ever-growing Annual White Tiger Challenge. This international tournament was held in Castlebar over two successive days beginning with the Weapons division where assistant instructor Enda Kelly secured a silver medal before going on to then compete in the Tricks Challenge against world and European champions. Enda and Conor O’Murchu secured a bronze medal in this section.

Continuous Fighting was the call on Saturday with both senior and junior students entering the arena, some for the first time ever such as younger cadet Caolan O’Murchu who secured a silver medal.

The junior team was strong on the day with podium places for all competitors. Gold medalist of the day was young Callum O’Connor who held his own in the intermediate division, before entering a catchweight fight where he secured a silver medal also.

Brothers Ethan and Conor Sharkey secured a bronze and silver respectively with teammate Lee Steele taking a bronze also. Conor o’Murchu gave a great account of himself and secured a silver medal.

Senior competitors began with brothers Ruairi and Cian O’Murchu competing. After a contentious decision, Cian finished up with a bronze, and Ruairi secured a silver medal in his first ever competition.

Amanda Crosby fought on behalf of the ladies on the day and secured a silver for her efforts.

Sunday was all about point fighting with the same dedicated team joined by club members and cadets Conor Shields and Matthew McQuillan.

Conor Shields narrowly missing out on a podium. Matthew McQuillan went on to secure a silver in the same division and then his second silver against an advanced fighter in another division.

Youngest novice competitors, Conor Sharkey and Caolan O’Murchu gained great experience against their opponents coming away with competitors medals each.

Competitors medals were also awarded to Lee and Ethan for their sparring in the intermediate divisions. Callum secured a podium taking a bronze medal in his section. Seniors, Amanda, Cian and Ruairi, not content to let the juniors hog the limelight, each secured podium places.

Ruairi won a bronze with Cian being the victor in this division securing his first gold medal. Amanda, won a bronze medal.