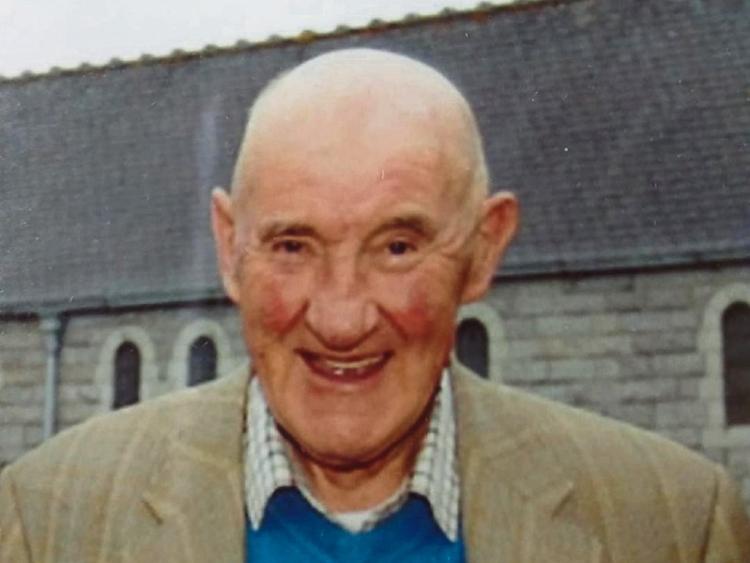 Matt Ginnety, Dillon House, Dromiskin who died on June 14 last was one of County Louth’s best known and highly popular publicans with his amiable and jovial nature and with a strong lifelong interest in and ties with GAA and horse and greyhound racing.

He retired in 2005, having run for nearly four decades the landmark Ginnety’s pub on the crossroads in the centre of Dromiskin, while his late brother Nicholas ran a grocery business attached to it.

He was the third generation of his family to oversee the business started by grandparents who converted what was originally a thatched house into an imposing licensed premises at the turn of the 20th century and was such a big part of the fabric of life in the village for over a century.

A catastrophic fire two years after Matt retired resulted in the demolition of the premises and the site has lain idle since.

That was a sad event for the family, but nothing compared to the sorrow and loss resulting from Matt’s very unexpected passing. He attended a Punchestown race meeting and didn’t feel well on the home journey and collapsed on the Friday at home and died.

Son of the late Mathew and Anna Ginnety, he was born and reared in nearby Castlebellingham. He was one of six siblings and was predeceased by brothers, Nicholas and Paddy.

He attended primary school in Kilsaran, and then was a student in Saint Mary’s College Dundalk.

In 1953 at the age of 17 he moved to Dromiskin to help his grandmother Catherine, who took over the running of the family pub and farm after the death of her husband Nicholas at the age of only 42.

She ran the business for 57 years. After her death at the venerable age of 99 in 1957, Matt’s father Mathew took over the businesses. He moved his family to Dromiskin five years later to live in the residential part of the pub building.

He had a grocery and drapery business in Castlebelllingham which he sold. He died in 1967, and Matt who continued to work alongside him took over the ownership of the pub and lands. Brother Nicholas ran a grocery business attached to the pub.

Matt ran the bar until 2005 when he retired. Prior to then he married Angela McGinn in 1993. They had 18 years of a happy marriage until sadly Angela died in 2012. They shared a love of horse racing, with retirement affording Matt the freedom to attend meetings on average a couple of times a week.

He also enjoyed greyhound racing, being a regular at the Dundalk stadium when situated on the Ramparts and then at Dowdallshill. His interest included owning his own dogs and horses.

GAA was a lifelong hobby for Matt, starting first as a player, togging out with his brothers for the O’Connells. He joined and played for Saint Joseph’s when he moved to Dromiskin and continued his association with the club for the rest of his life as a keen follower and supporter and was an Honorary President. He also keenly followed the fortunes of Louth.

Saint Joseph’s and O’Connells provided Matt with a Guard of Honour , with members walking either side of his hearse as he was taken to his resting place in the local cemetery after a beautiful Mass celebrated by Father Patrick McEnroe PP in Saint Peter’s Church.

The full to capacity church bore testament to the popularity and regard in which Matt was held not only in his community but over a wide area with his smiling countenance always bringing cheer into company.

The Readings were given by cousin, Anne Dearey and nephew, Brian Moloney.

The Prayers of the Faithful were led by Matt’s four grand nieces and one grand nephew.

His two nephews also participated in the Mass

The splendid singing was provided by Ruth Kelly.