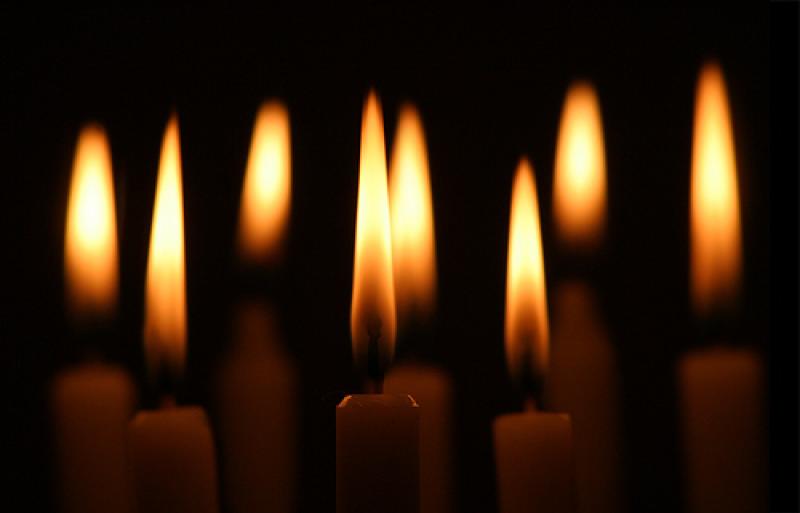 The death has occurred of Danny Commins of Mullinstown, 10 The Village Moorehall, Ardee
Peacefully at St Joseph's Nursing Home Ardee. Predeceased by his wife Anne. Deeply regretted by his son Ciaran, daughters Marie and Deirdre, grandchildren Oisin and Feirin, son-in-law Tom, nephews and nieces, brothers Tommy, Jim, Ollie, Patsy, Kevin and Paul, brother-in-law, sisters-in-law and extended family.
Reposing at St. Joseph's Hospital Chapel on Sunday 21st May from 5pm-8pm. Monday 22nd May from 3pm-6.30pm. Leaving St Joseph's Hospital Chapel at 6.30pm and arriving to The Church of the Nativity of Our Lady, Ardee, at 7pm. Funeral Mass on Tuesday 23rd at 11am. Burial afterwards in Ballapousta Cemetery. Family Flowers only. Donations if desired to St. Josephs Nursing Home c/o Ferdia Funeral Directors.

The death has occurred of Rita McCormack (née Sammon) of Red Barns Road, Dundalk and Dublin
Passed peacefully on May 20th 2017. Dearly loved by her husband Paddy, daughter Joanne, sons Francis and Stephen, daughter in-law Eugenie Regan, son in-law Derek Mowlds, grandchildren: Lily Kate, Oisín and Isabelle, brothers: Fr. Frank SJ, Gerard, Anthony and Paddy and a much-loved circle of friends and relatives
Reposing at her home, Sunday and Monday from 1pm. Removal from her home at 6.30pm Monday, 22nd May, to the Holy Family Church, Dundalk, arriving for Reception Prayers at 7 o'clock. Funeral mass at 1pm on Tuesday 23rd followed by burial at St. Patrick’s Cemetery, Dowdalshill.
May She Rest In Peace

The death has occurred of Jean O'Connell (née Fagan) of Mount Hamilton, Ardee Road, Dundalk
Passed away in the wonderful care of the staff of Ailesbury Nursing Home, Sandymount, Dublin. 20th May 2017. Jean, beloved wife of the late John and dear mother of Helen Marren, Damian, Kerry, Dara Canon, and Sean and loving gran of Niall, Brian, Sarah-Jane, Rónán, Cillian, Cian, Colleen, Lucas, Aoibhe, Oliver, and John. Deeply regretted by her sons, daughters, grandchildren, sons in law, daughters in law, brothers Jack, Joe, Herbert, and Ken, sisters Evelyn Dalgarno, and Eleanor Levins, brothers in law, sisters in law, nephews, nieces, relatives and friends.
Reposing at her son Damian's home, Railway Village, Lordship, from 2pm until 8pm on Monday. Removal on Tuesday morning at 10.30am to St. Michael's Church, Carlingford, arriving for Mass at 11am. Burial afterwards in St. Mary's Cemetery, Lordship.
May She Rest in Peace

The death has occurred of Sean Conlon of Woodside House, Williamstown, Castlebellingham
Peacefully at the Louth County Hospital, Dundalk. Sean, beloved husband of Bernadette (née Sheridan) and loving father of Owen, Ella Rose and David (Henry). Predeceased by his father Sammy, brother David, father-in-law Owen. Sadly missed by his wife, mother Annie, sisters Dorothy and Catriona, brothers Brendan and Aidan, mother-in-law Patricia, brothers-in-law, sisters-in-law, godfather Seamus, nephews, nieces, relatives and friends.
​Reposing at his residence from 5pm until 9pm on Sunday and from 12 noon until 9pm on Monday. Removal on Tuesday morning to Saint Mary's Church, Kilsaran, arriving for Funeral Mass at 11am. Burial afterwards in adjoining cemetery. Family flowers only please. Donations, if desired, in lieu to Hospice Homecare or Palliative Care Team. House private on Tuesday morning.
May He Rest In Peace