OBITUARY: Andy touched the hearts of so many people in Dundalk 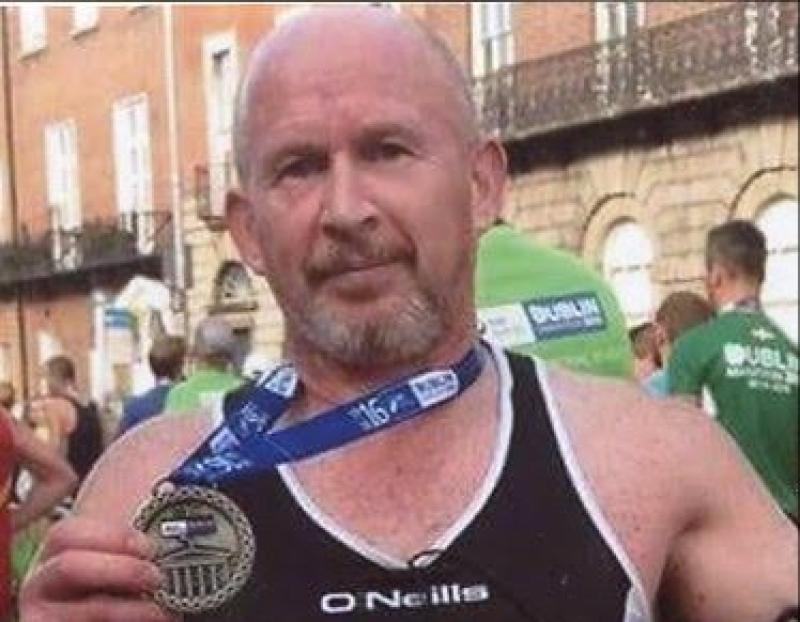 Andrew Califf passed away on the morning of March 27, 2017, at his home on Saint Alphonsus Road, Dundalk.

Andy, as he was popularly known, had a great love of soccer, and was a dedicated runner.

He was born in the Louth County Hospital in November 1966 to parents Helen and Cyril.

He resided in his childhood years at Main Street, Blackrock and attended Blackrock National School.

At the age of 10 years, he and the family moved to Muirhevnamor, Dundalk, where Andy soon became a very talented footballer, playing a midfield role on the founding Muirhevnamor team.

He not only donned the shirt, but was also very instrumental in helping with the preparation of the original Muirhevnamor pitch, and along with many other young people from the area, picked stones and raked the field into playing order.

Andy attended Dundalk Vocational School, and during this time, in his pre-employment year, he obtained full-time employment in Reynolds Electronics in the Finnabair Industrial Estate.

In 1988, he emigrated to London after the closure of the factory, with options of employment very limited in the Dundalk area.

Andy initially worked in the Regents Palace Hotel in the West End for a short time, moving to The Hansel Beefeater Restaurant on Argyle Street, next door to the London Palladium.

From there, he obtained employment as a crystal chandelier dresser and installer in Baker Street.

Andy returned to Ireland in 1991 and took up employment with Anord Electronics. He also worked for a number of years in Harris /Ecco.

He worked in a number of jobs before finally ending up in Louth County Council, where he spent the last nine years, initially in the Carlingford roads area, and then in County Hall as caretaker.

Andy’s love of soccer continued with Toribio in Dundalk Street League. His real passion in the sport lay at Anfield, home of his beloved Liverpool.

Andy was known to lie in wait for work colleagues on a Monday morning to ambush them when their precious Uniteds, Arsenals and Chelseas stumbled that weekend.

It was such amicable banter – but Andy always had the last word!

He had a special place in his heart for his running family. Andy was such a giver in life and touched so many people with his acts of kindness and generosity, and none more so than on the running field, where on many an occasion, he would sacrifice his own race to aid those who were struggling to finish, and would stay with them to assist them across the finish line.

Andy could so often be heard in every corner of the island at running events, with his calls of ‘Tick Tock’, (UNRA) ‘U’ll Never Run Alone’, ‘Keep The Faith’ and ‘Bottle Of Bud’; words also expressed in heart-warming messages over social media in the last number of weeks, and a legacy that will remain for many years to come.

Andy was a keen member of North East Runners, and a volunteer and runner in Dundalk Parkrun.

Such was his popularity, North East Runners held a candlelit vigil at the band stand on the night of March 27, attended by over 300 people from the running community.

Dundalk Parkrun also organised a tribute run, with the majority of participants dressed in Liverpool shirts and Andy’s ever recognisable white shorts. Over 260 runners took part, the highest recorded by Dundalk Parkrun since its beginning.

For Andy, in words expressed by his good friend Jim Gonnelly of North East Runners, ‘running is a sport where you don’t have team-mates, you have family members and life-long friends.’

Andy’s running also benefitted so many others – his chosen charities were SOSAD, AWARE and PIPs, but whatever the cause, he would turn up to lend his support.

As an employee of Louth County Council, in his role at County Hall, he manicured the lawns. He had such pride in the grounds, not a scrap of paper passed him. He was always there to clean up.

Andy was constantly ready to assist, it didn’t matter whether you were Taoiseach, TD, councillor, staff or member of the public, and he’d go to any length to ensure you were dealt with in the most cordial manner.

Andy made many life-long friends in the council. He was actively involved in the social club. He thrived on the ability to ‘lend a hand’ to all his colleagues.

He is survived by his parents, Cyril and Helen, Rebecca, sons, Sean and Andrew, daughter, Eimear, sisters, Carol and Elaine and brother, Gerard.

It goes without saying his loss has inflicted much pain on his running family – North East Runners, particularly Jim Gonnelly and Anita Bolton, Dundalk Parkrun, DUNE Runners, Slieve Gullion and Newry City Runners, to name but a few.

He will be sadly missed too by his colleagues in Louth County Council, who gave him such a send-off.

A special mention to all his old friends from Muirhevnamor and Toribio football teams, work colleagues, friends and neighbours, many of whom lined Barrack Street along the route of his removal from Shevlin’s funeral home to the Redemptorist Church.

His remains were escorted by North East Runners to the church, where he was received by Fr. Eamon Kavanagh, Redemptorist and Fr. Paddy Stanley, Holy Family, who celebrated Requiem Mass.

Readings were given by nieces, Sarah Arrowsmith and Clara Califf, while symbols representing his life were carried to the altar by son, Andrew, brother, Gerry, colleague and friend, Colm Fergus and long-time running friend, Jim Gonnelly.

As many people gathered outside the church as inside, reflecting Andy’s popularity.

Louth County Council musicians and choir performed during the Mass. The choir sang ‘You’ll Never Walk Alone’ at the end, while the remains left the church to the tune of ‘The Lonesome Boatman’.