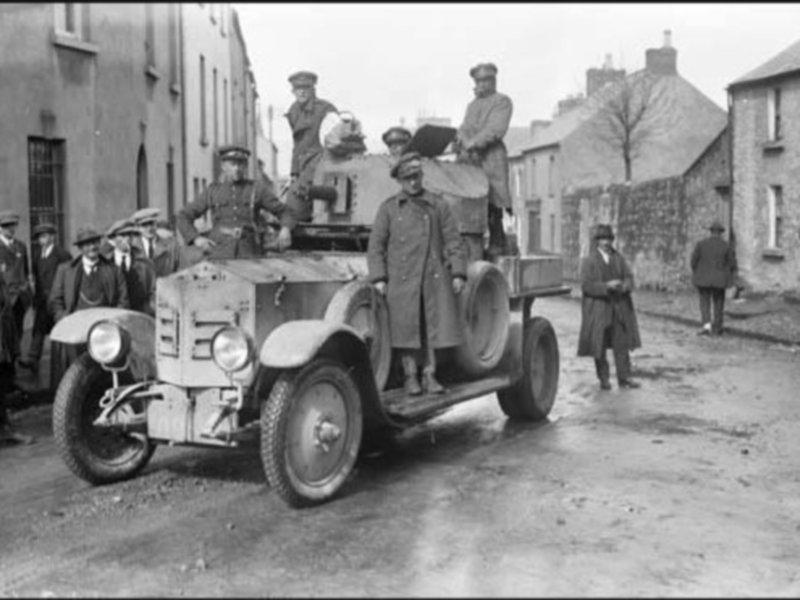 Recently I was given a very interesting book called 'Guide to the Military Service' published by Óglaigh na hÉireann (Irish Defence Forces) in 2012 about how pensions and medals were awarded to people involved the War of Independence (1916 – 1923).

The book contains few details of persons who were involved in this process and even fewer involved who came from this part of Ireland. One name, however, stood out – that of John McCoy from Mullabawn about whom I had previously heard very little but who must have played an important part in the events in this area during those turbulent times.

The book gives a short biography of McCoy who was born at Tullymacrieve, Armagh, on the County Louth Border, of farming stock in about 1888. He joined the Volunteers in December 1917, became a full-time organiser and was appointed Captain of the Mullaghbawn Company, Dundalk Battalion. He took part in the raid on Ballyedmond Castle, one of the very first actions by the Volunteers during the War of Independence (reported on by the Dundalk Democrat in February 1919). He was appointed Adjutant General of the 4th Northern Division in March 1921 and was second in command to Frank Aiken when the Division took over the Dundalk Military Barracks on April 13, 1922.

McCoy was involved in many military actions, including being the commander of the Republican force who aided the escape of Frank Aiken and over 100 of his men from Dundalk Jail in July 1922. He was wounded twice, once by the British forces in April 1921 and a second time by Free State forces in during an escape from the Curragh Internment Camp in April 1923. Following his recapture, he was sentenced to death but this was commuted to ten years penal servitude. After the Civil War he was released from the Military Hospital at the Curragh in 1924.

John McCoy was appointed a member of the Advisory Committee to the Referee under the Military Pensions Act 1934 (with which this book deals) and served on this body until 1944. He was temporary Investigating Office with the Bureau of Military History in 1948.

He died on January 17, 1971 but this biography does not say where nor anything about his life after 1948.

Clearly he led a very interesting and exciting life and one has to wonder why more has not been written about him? Maybe some of my readers will know more about him?