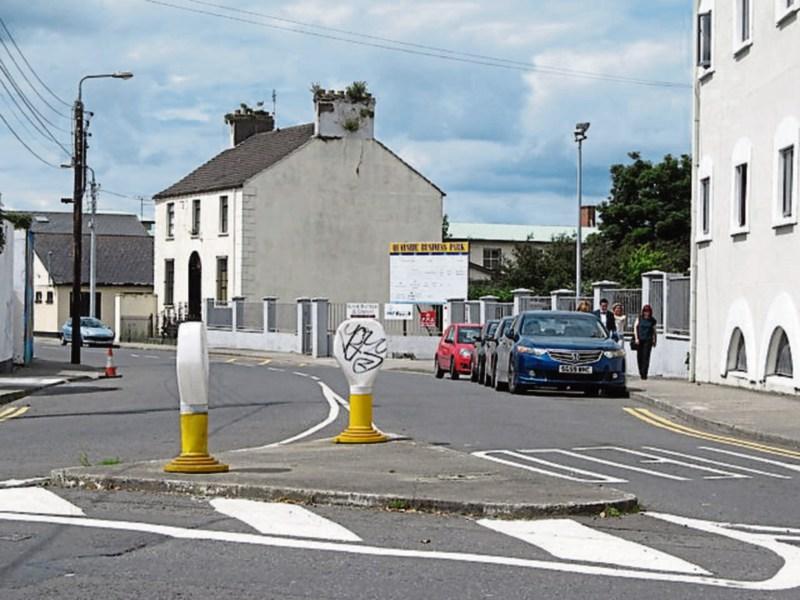 Looking down Mill Street in Dundalk as it is today

Last week I had a phone call from a former teacher at Realt na Mara National Primary School who tells me that there are no children buried in the small graveyard attached to the Sisters of Mercy Convent at Seatown. This person was a little anxious that some persons who had relatives who had spent time in St. Joseph's Orphanage before it closed in the 1983 might contact the Sisters to find out about their resting place as a result of what I had written.

My informant, who wishes to remain anonymous, says that there are only Sisters who served in the Convent in the early days of its establishment buried here.

To tell the truth I had no idea of the existence of this old cemetery before it was pointed out to me by the late Seamus Tiernan, former teacher at St. Malachy's School who had a great interest in these things.

Even then, which was not very long ago, I had understood that there was only a handful of Sisters buried there but it seems, from the person who contacted me, that there were quite a few because the early sisters who founded the Convent wished to have their confrères (or should that be consorores) laid to rest near them and there was no plot available in local cemeteries.

This has led me to have a fresh look at old maps of the Seatown area of the town and was a little surprised to note that on one, dated as 'to 1900', the area behind the Convent Chapel referred to as 'Grave Yard'. On an even older map this place is marked 'Burial Ground' without any further explanation.

Now it was not my intention to resurrect old grievances but I am aware that ordinary decent Dundalk people are, in general, very much affected by the respect due to their ancestors and are entitled to those feelings. But I do think that it is important that nothing should be hidden away and forgotten about!

In fairness to the person who contacted me, they said that there were records to show that eight children who had died while being cared for in St. Joseph's Orphanage after the first were admitted in 1881, until about the beginning of the last century, buried in Bridge-a-Crin cemetery.

After that date orphans who died in Dundalk were all buried at St. Patrick's Cemetery, Dowdallshill.

This information, again, surprised me as I had not heard about these interments previously but I suppose I should not have been as, some years ago, I was speaking to Dundalk people who had relatives buried at Bridge-a-Crin during the that period.

The explanation given me at the time was that, prior to the opening of the new cemetery at Dowdallshill in about 1900, many persons from Dundalk Parish who died in the late nineteenth century were buried in the Faughart Parish.

This was because the old graveyards at Castletown and, even more so, at Seatown where St. Leonard's Park is located, were too full to accept any more interments.

The person who rang me about the article had another fault to find with what I had written about the photograph!

They claimed that the small school in the foreground had only ever been a boys school, with no girls enrolled there. When I looked at this on the old map, the building is described as 'Infants' School' and does not indicate that it was only boys who were taught there. My informant claims that the original school for girls which was opened in 1848 was situated along the front at Seatown Place and was demolished in the 1930s. This was, again, something that I had never heard about previously but it may well be correct as the old maps show that there were many changes in buildings at this place after the nuns arrived in 1847 and the beginning of the present century.

Incidentally, my informant says that they could have been as many as 700 young girls, in any one year, educated at the Convent School in the early days. This must have been sterling work by the early Sisters as these children, many of whom were from deprived backgrounds, would probably not have received any education, especially as they were females.

This was all the more laudable because it was against the background of the Great Famine raging and the fact that there would have been very little, if any, Government financial assistance.