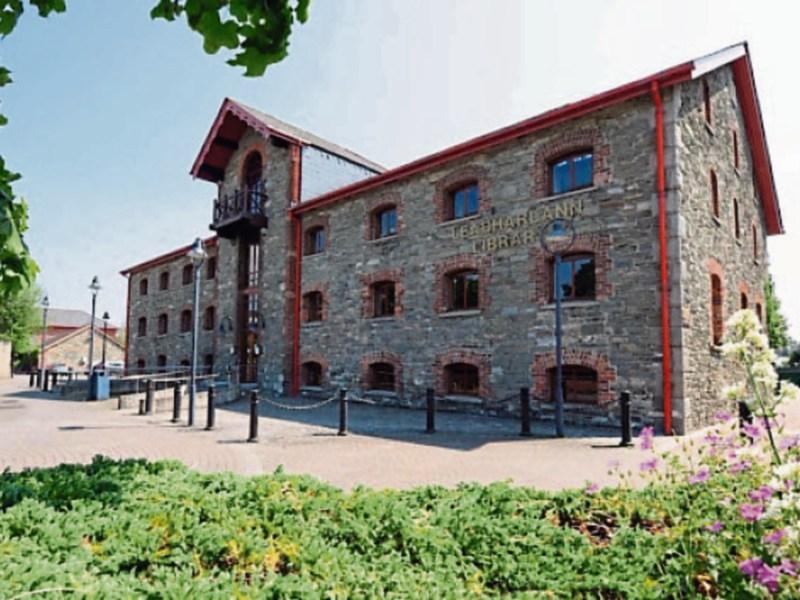 A chance encounter with a young American couple while waiting for a bus in Dublin City last weekend has reminded me how deep and lasting are the roots of people who lived in Dundalk town over the past 100 years and more.

The couple had a fair bit of luggage, the young woman wore a shiny, new looking engagement ring and it seemed to me that that they might be on their honeymoon. The young man told me that they were awaiting a bus to Balbriggan, but when I mentioned that I was waiting for a bus to Dundalk, the young woman seemed to pick up interest and remarked that her grandfather had been born in Dundalk in 1907.

They then revealed that they came from near Richmond, Virginia and it became clear to me that they were in Ireland to try and trace their ancestors! They went on to say that they intended going to Dundalk later to try to find out more about the girl's grandfather who had been a James Kilpatrick who had lived at 44, Park Street, according to the 1911 Irish Census, and had emigrated to Philadelphia with his mother when he was quite young. The young woman said that her great-grandfather had been a Thomas Kilpatrick who was listed in the 1911 Census as the head of household and as an hotel waiter.

His wife had been a Nelson who had come from Armagh (she pronounced 'Armagh' in a strange way which made me think she had not been to Ireland previously). When they mentioned that they were going to Dundalk eventually, I told that them that the only notable hotel in the Park Street area at the time was the Imperial and suggested that, maybe her great grandfather was employed there (This was not strictly true, as there were several other hotels in Park Street and nearby streets at the beginning of the last century but I believe that they were mostly small, family run, businesses who would have been unlikely to employ professional waiters).

The young man remarked 'That's a clue we did not have before!'. I recommended that, when they came to Dundalk, they should contact either the County Museum or the County Library; I mentioned the County Documents office at the Crescent but told them that it might be harder to find. They thanked me for my advice as my bus arrived and I wished them luck.

I was so intrigued by their story that I immediately looked the 1911 Census on the internet when I got home and found that there was, indeed, a family named Kilpatrick living at 44, Park Street at the time and there was a boy, aged three, named James Nelson Kilpatrick.

His mother was Margaret (formerly Nelson), who was from County Armagh. His father Thomas was listed as aged 51, from County Down, and they also had a younger woman Sara Nelson, aged 39, living with them who was listed as 'sister-in-law'.

This information interested me even more as I could not ever remember coming across the name 'Kilpatrick' living in Dundalk in my own lifetime but I knew that there were plenty of Nelsons around. The 1901 Census showed that there had been a family named McGuinness living at 'House 44' in Park Street, so the Kirkpatrick must have arrived there after that date. Then I realised that the house numbers on the census return might not correspond to the actual numbers of the houses in Park Street at the time and this was confirmed by the fact that, in 1911, their neighbours, living in 'House 45', was a Laurence Goodman, a cattle dealer, who is listed in the Tempest's Annual of 1915 as living at 'No. 17 Park Street' and I further realised that Laurence Goodman was the grandfather of the present cattle baron and multimillionaire, Larry Goodman. I know that this Laurence Goodman had opened a butcher's shop at 17, Park Street about the time of the First World War, so it looks as if Thomas Kilpatrick had lived at 16, Park Street, beside the Bank of Ireland.

There was no census in 1921 but the 1923 Tempest's Annual lists a 'Mr. Kerr' in the house occupied by the 'Y.M.C.A. Association' at No 16, so the Kilpatricks must have been gone to America by then. Indeed, the 1919 Tempest's Annual shows that Laurence Goodman had a victualler's shop (butcher's) at No. 17 but there is no 'Kilpatricks' so they may have been gone by 1916.

My short researches have raised more questions about the Kilpatricks than I was able to find answers. For instance, had Thomas Kilpatrick died by 1916 and, as result, did his younger wife and child go off to America and did her sister Sara go with them? I hope the young couple will find more answers than I did but, anyway their family story seems very interesting. Perhaps it is typical of the many people who have passed through Dundalk without leaving a permanent memory.

It may have stirred the memories of some of my readers, at home or abroad? Anyway, it goes to show that Dundalk people, when they emigrate, still keeps visions of their ancestors. Repeating the stories to their children they are still hungry to find out as much as they can about them, whether it is good, bad or indifferent.