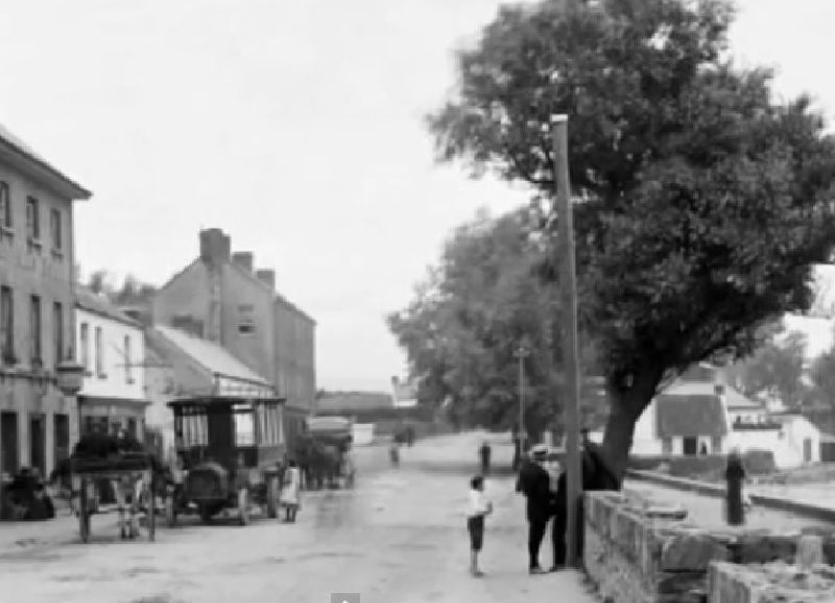 Have you ever heard of St. Lubbock's Day? I never did until until just a couple of week's ago I read that the U.K. Monday Bank Holiday on next August 29 being referred to as such.

It appears that this name was jokingly applied to the four Bank Holidays that became law under an Act which was introduced to the Westminster Parliament by Sir. John Lubbock, Liberal M.P. for Maidstone in Kent, in 1871. The reason was that, prior to this date, all public holidays in Great Britain had only been celebrated on religious festivals. There were quite a few of these in Ireland during medieval times, as many as 39 at one time I understand, but I don't think servants were paid for not working on those days!

The four original St. Lubbock Days were, Easter Monday, Whit Monday, the first Monday in August and, with Boxing Day in England and Wales or St. Stephen's Day as this feastival was known in Ireland. St. Patrick's Day was not added as a pubic holiday in Ireland until 1906. Don Johnston, whom I believe is the best social historian in these parts, tells me that he understands that, under this Act, workers were to be paid for working on these days. Interestingly, it is only in very recent years that the August Bank Holiday in England was transferred to the last Monday in August but it was retained it on the first Monday in August in the Republic and Scotland.

The story of St. Patrick's Day in Dundalk is a complicated one because it was celebrated here with bands playing and parades in the nineteenth century but the shops remained open, the Catholic ones opening after the last Mass in St. Patrick's Cathedral. Then, at the beginning of the twentieth century, there was much agitation by nationalistic bodies like the Gaelic League for the changing of the weekly Market Day when March 17 fell on a Monday. This did not please the Unionist businessmen of the town and the matter was hotly debated at the meetings of the Urban Council. Incidentally, a fixed time for the closing of shops on working days in Dundalk was first introduced by Henry Backhouse, grocer of Clanbrassil Street, who announced in 1855 that his premises was being closed at 8 pm. Nicholas Carolan of Earl Street then suggested that closing time should be at 7 pm.

Which brings me to the subject of annual paid leave which used to be known locally as the 'August Holiday Fortnight'. There are probably not many around now who can remember when all Dundalk industries closed down for these two weeks and many left for their annual holidays in other parts of Ireland and even went to England and Scotland. It was only about fifty years ago that local people started going to the continent and even further away to enjoy 'sunshine holidays'. Indeed, many workers did not go any further away than a caravan at Gyles Quay or Port and, for some, a trip to Blackrock on the Fifteenth of August, would have been the furtherest they ventured from the Town, apart for the odd shopping trip to Dublin around Christmas time. Owen McGahon, a prominent local journalist and councillor who had a stationary shop in Earl Street and with whom I worked in the Democrat for many years, once surprised me by telling me that he had not been much further away from Dundalk than Dublin. This was on an occasion when, in his retirement age, he went on a trip to West Cork!

When I was growing up in Dundalk of the 1940s and 50s I used to believe that there had been annual paid leave for all workers for a long time and was surprised to learn that it was not until the Holiday Pay Act was passed in 1938 that industrial workers were entitled to two weeks holidays as of right. It was not until the following year 1939, that a similar Act was passed through our own Oireachtas! Of course, workers did enjoy paid annual leave before that date but it was under the terms and conditions of their employment that they got that benefit. Many in Dundalk would not have been entitled to annual leave by law, especially shop assistants who only got one day in year as an annual holiday and that was, generally, given them on the third Thursday in July.

Don Johnston thinks that the Great Northern Railway Company might have been the first large employers in the Dundalk area to grant annual paid leave. I have been told, that the reason for this benefit to workers was so that the Locomotive Works Ardee Road were given an annual overhaul during this period and that a different set of workers would come in to carry out this essential maintenance. Footwear factories in Town also got annual leave during this period from they opened in the early 1930s and, of course, the many Government employees, like the Gardai and Customs Offices, had their own agreements about annual leave.

Dundalk shops would have been almost deserted by regular customers during this annual holiday period but local businesses made up for this by the fact that many exiles who worked in England and Scotland would come home for the August holiday period.

All in all, it was a pretty exciting period of the year in Dundalk, especially for the school going children who were on their annual holidays until September!