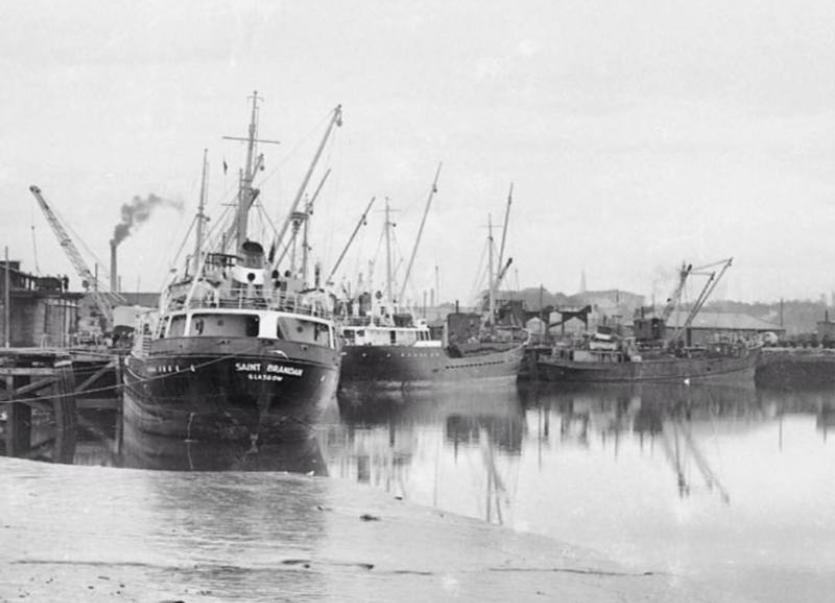 There won't be many people around now who can remember the night that Dundalk was bombed during World War 11!

The reason is that it happened mid-week at this time of year three-quarters of a century ago and there was strict censorship of the media, which then was only the national and local newspapers and news bulletins on Radio Eireann. The exact time the big bomb exploded is not clear but, from accounts I have heard from older people, it seems to have been around 1 a.m. (which allowing for the fact that Summer Time was in force) would have been around midnight over Dundalk on the night of Wednesday/Thursday July 23/24, 1941. According to Victor Witmarsh, who is a little younger than myself, and whose family lived quite near to the blast, in his book 'Dundalk in the Emergency', writes – 'the explosion awakened half the town, the blast shattered many windows in the vicinity, and debris was scattered over a wide area,'.

Bertie Dullaghan, whose family also lived in Barrack Street, near the Whitmarshes, tells me that he was awakened by his brother Joe who said that he had heard 'a whistling sound, followed by a bang'. The following morning, when he was going to school, they were not allowed go near the bomb site. Bertie adds that the miracle was that the bomb fell on the only piece of waste ground in the area, surrounded by a triangle of the railway line to Greenore railway line, the Quay front surface and a road leading from St. Mary's Road. He believes that, had the bomb hit any of these three hard surfaces, the devastation would have been much greater!

Another strange thing was that the trains from the Quay Street Station, over First Metals to Greenore, were able to keep running, which was important at the time to the economy to the Cooley area. As far as I know, the pub on the Quays which owned by the Mee family and is now the Spirit Store, was also able to keep open and quenched the thirst of the emergency services workers.

The best account I have read of the incident also appears in Whitmarsh's book 'Dundalk in the Emergency', written by Tom Kenny who was an assistant Town Engineer in Dundalk at the time.

It was written by him about thirty five years later when he was retired as full Town Engineer, under the heading 'Some Recollections of the A.R.P.' In it he writes ---

'Sometime after the second Blitz on Belfast, Dundalk had its own incident in which a German bomber dropped one large and 10 small bombs in a dead straight line, the first one at the rear of the coal yard (Cooper's) on the Dundalk side of the River, in the mud and ten at intervals out towards Thomastown. It would appear from the pattern that the pilot (bomb aimer?)was trying to avoid Dundalk. He dropped his big bomb where he thought was water and dropped his small bombs in rural areas.

The bomb mentioned above was supposed to be a 1,000 lb. bomb and it made a crater 45 feet in diameter and about 30 feet deep and the only casualty was a goat. Considerable damage was done to slate and windows in Castle Road houses from the blast of the big bomb, which fortunately dropped in mud because, if it had dropped on a hard surface, the damage would have been considerable.'

As have mentioned in my Question Time answer about the incident, there was considerable speculation afterwards that it might have been a warning to the Irish authorities that they should not have gone to the assistance of Belfast during the two blitzes some months earlier. A number of German bombs were dropped at the North Wall in Dublin about a month earlier, where there was much more damage done than in Dundalk and with a considerable loss of life and injuries inflicted. In another part of Victor Whitmarsh's book it states 'The bomb was probably intended for the nearby Metal Bridge (railway bridge) which spanned the Castletown River and connected Dundalk and Newry by rail.' In another book published by the Combined Tenant’s and Residents' Association for the Dundalk Heritage Year in 1989, 'Dundalk's Heritage', compiled by a committee working under Carmel Lynn, it speculates – 'A British ship was berthed at the Quays that night and it was felt that this may have been the target'. Another account states that this ship had a barrage balloon tethered to its stern.

Probably neither of these two explanations were correct as, while that plane that dropped the bomb is described in contemporary accounts as 'unidentified' there can be little doubt that it was, in fact, a German bomber that had been on a mission to attack a target or targets in Northern Ireland. The pilot probably had no idea where he was flying at the time nor over a neutral country. Whoever was in command, may have decided that he should get rid of his cargo of bombs as quickly as possible, so that he could get back to his base in occupied France.