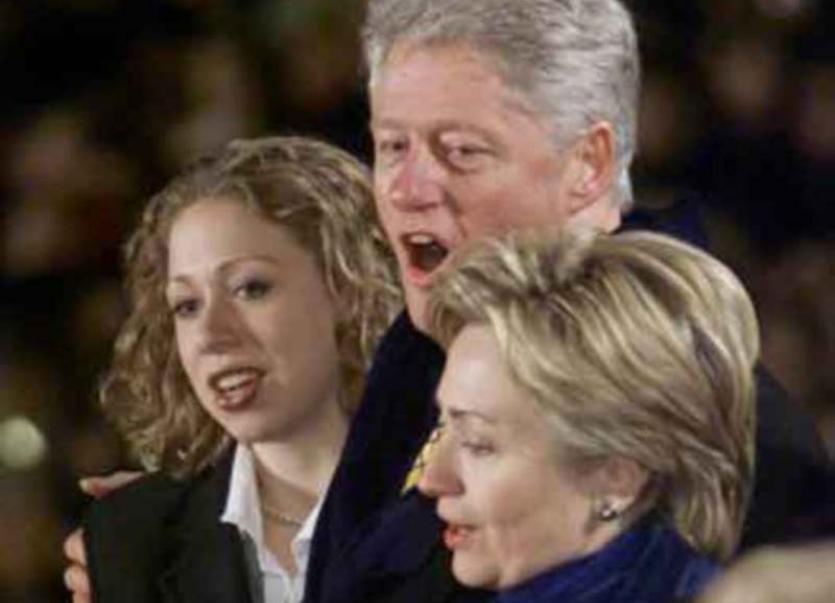 At the present time it looks as if the main contenders for the office of President of the United States next November are going to be Hilary Clinton and Donald Trump. If that turns out to be the case, then, surely, the odds will be in favour of Hillary being elected!

This eventuality will be one of great significance to the people of Dundalk because Hillary Clinton was here with her husband Bill who was just completing his eight year term as President on that memorable night in December 2000. It is strange that, even over that relatively short period of time, people tend to forget what happened and importance of that event. I probably do not need to remind my readers the reason why Bill Clinton came here but I have spoken to younger Dundalk folk who ask what that strange monument at the Square side of Earl Street is all about! Some have even thought that it had something to do with Cuchullain, as it appears to have horns like the mythical Brown Bull of Cooley.

That is not the reason, however, that I have been constrained to write again about that historic visit over fifteen years ago. People say that it was the largest gathering in Dundalk since the time of Daniel O'Connell's Repeal of the Act of Union Movement in the 1840s and that could well be true, as it was claimed as many 60,000 thronged the streets in the centre of town to hear President Clinton speak! I think that the numbers present were much less than that but that is unimportant because it certainly was a night to remember for all who witnessed the event!

I believe that Bill Clinton promised to return to Dundalk sometime in the future if the opportunity presented itself; but that never happened and it looks now as if it may never happen!

The moment that remains uppermost in my memory about that night was when Pearse O'Hanrahan, a Chairman of the Dundalk Urban Council greeted Hilary Clinton as 'Madam President'. People have said to me that Pearse did this on purpose because he knew that she was the real 'power behind the office' but I am sure that this is incorrect and that it was just a slip of the tongue. Others have said that it was a moment of prescience on the part of the Chairman who was prompted by some strange power to forecast that some day she would be President in her own right!

Again, I don't think that could be true when you consider that she seemed to have missed her chance when Barrack Obama beat her in the run-up to the nominations on 2008! It is a little strange, however, that she now seems to be in a strong position to win the one of the highest offices on earth, as the first woman to do so, in this present year. If she does manage to become President, I wonder if she will think back to that night in Dundalk, now so long ago, and be urged to fulfil the promise made by her husband. Maybe she might come back to Ireland, even if it is only at the end of her term of office, and include Dundalk in her itinerary!

Should she ever come back to Dundalk, I am sure that she will be welcomed by the vast majority of the people of this town. As will Bill, should he accompany her!