The 'thrill' of smuggling could return with 'Brexit' 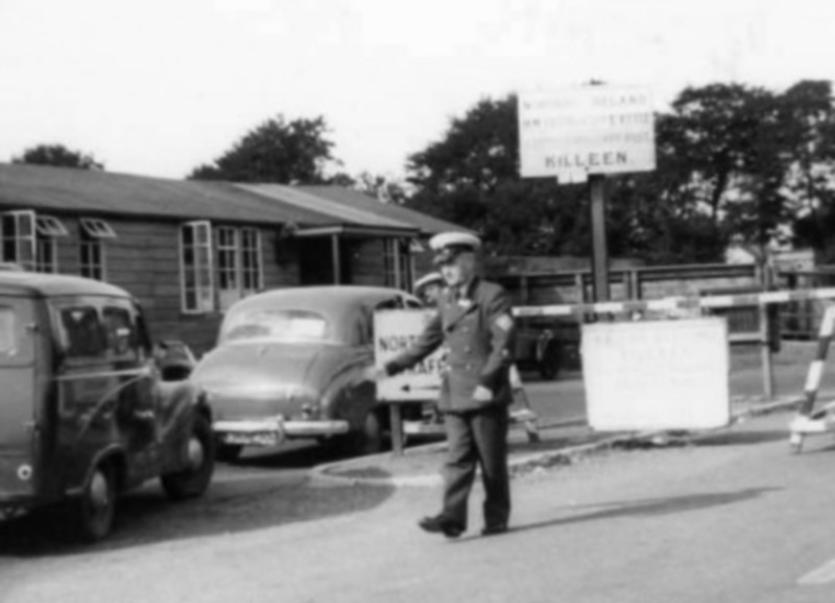 The prospect of the United Kingdom voting next June to leave the E.U. has raised the possibility of Border Customs posts being established once again along the land boundary between Louth and Armagh.

I do not believe that I will that happen in my lifetime but I am sure that the are many Dundalk people still alive who will remember well the days when there were trade restrictions along the entire length border with the Six Counties of Northern Ireland. Some will even remember the time when the driver of a private motor car had to obtain a special pass, called a 'triptych', to permit them to cross the Border at times other than when the customs posts were staffed, which was often enough.

Mind you the Border restrictions did bring a certain amount of employment to the Dundalk area in the form of customs officers but, generally speaking, the customs regulations were hated by the local populace. Not the least least because they had been imposed on us without the people living along the Border having any say in the matter. I did hear arguments from officials employed in the service that 'it was for the good of the economy of the country' but I do not believe than many in these parts accepted that to be true!

Which brings me to the subject of cross-border smuggling! Now I believe that practically everybody from Dundalk over the age of fifty indulged in the illegal trade in one form or another – and the women were worse than the men in that respect. Some people did make fortunes from smuggling but they were few and far between and it seemed to me that most indulged in smuggling for the sheer thrill of 'getting one over the authorities'.

The attitude, I believe, can be best summed up in a scene I once witnessed while reporting on a murder trial in the Green Street Courthouse in Dublin some fifty years ago. The accused person had already been found guilty by a jury and Eddie Richardson who was the Nationalist M.P. for South Armagh at the time, was called to give character evidence in mitigation. After Eddie had spoken glowingly about the accused's good qualities, a prosecuting counsel put it to the witness that the accused had several convictions for was euphemistically called 'revenue offences'. To which the M.P. quickly replied 'In my part of the world, smuggling is not considered either a legal nor a moral offence!' The judge remarked 'That seems to be a strange opinion for a member of Her Majesty’s parliament'. There seemed, however, to a hint of humour in his Lordship's comment because I was well aware that the judge himself was the son of a Border doctor who had been brought up in area and must have been well aware of the local attitude to smuggling!

That said, it must be recalled that the Border restrictions that were in place for over fifty years did a lot of damage to the economy of the North Louth area and I can only hope that it will not come about again. At least, not without some compensation for the difficulties it will cause for our local business and industry.

I smuggled quite a few items myself over the years, from razor blades to white bread but the goods I remember getting the most pleasure from was butter, which, at one time, was only about half the price in Northern Ireland. I packed the saddlebag of my bicycle with butter I had purchased in Forkhill and prayed that I would not meet a customs car on my way into Dundalk. There were severe penalties for being caught with even a small amount of butter, if I recall it was £100 for having even only a pound, which would have been about two months' wages for me in those far off days. I wonder do any of my readers remember taking a risk for a small reward and cannot forget the thrill of smuggling!

Mind you, I cannot recall anybody being jailed or even heavily fined for a smuggling offence in the local courts. Most pleas for treated very leniently by the local justices and, even when fines were imposed, they were often reduced by negotiations with the Revenue Commissioners!

One of the restrictions which was most hated in these parts was that some customs officers took upon themselves to become the moral guardians of the literature that was allowed to brought into the State. That probably could not happen again, but who knows, what other form of censorship might be attempted to be imposed 'For the good of the Country'. You might even be arrested for taking a selfie at a Border Post!