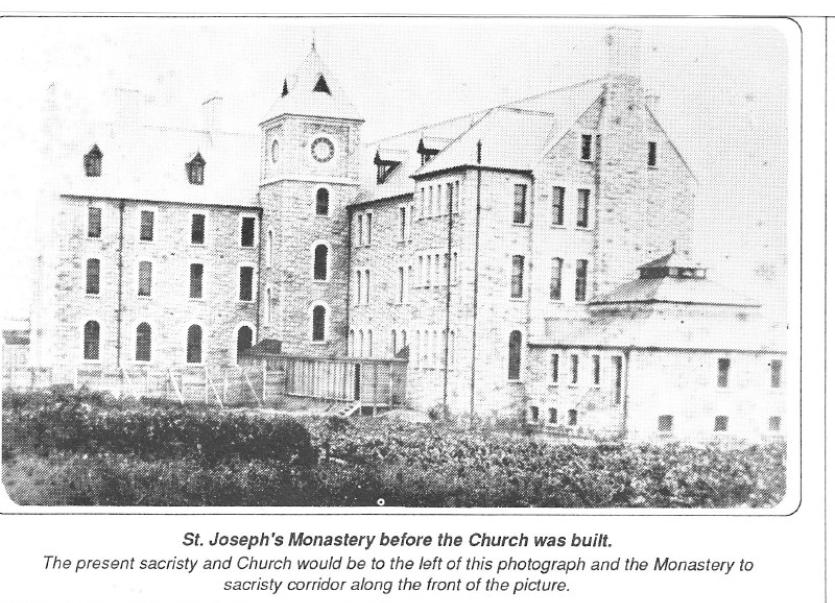 The story I wrote some weeks ago about the fire in the belfry of the St. Joseph's Redemptorist Church at St. Alphonsus Road, in February 1920 seems to have struck a chord with many readers, both in Dundalk and among exiles living abroad.

Not only because it was something that older people used speak about for many years but also because of its connection with the War of Independence, the centenary which will be celebrated when the 1916 Rising centenary has been passed.

The reason for this is that the beautiful church was probably saved from destruction by the actions of a detachment of the British Army from the Dundalk Military Barrack.

The significance may be understood in the long held belief in Dundalk that many of the Redemptorist Fathers of the time had a sympathy with the national cause that was not shared by other Catholic clergy.

Indeed, when I was a young altar boy serving in the church some twenty years later, there was a wildly held belief that republicans, who under threat of excommunication for their activities during both the War of Independence and Civil War, could get absolution from priests hearing confessions in St. Joseph's and not in other churches in town.

A sequel to the report of the fire in the belfry in February 1920 appeared in the Centenary souvenir album of the Redemptorists Fathers setting up house in Dundalk in 1876; about an event which occurred almost exactly one year later on February 11, 1921. It states –

'The Monastery is raided and thoroughly searched by the British Military between 2.00 pm and 4.30 pm.'

The report does not state if the searches were carried out by soldiers from the Military Barracks on this occasion but I suspect that it was carried out by either the Black and Tans or the Auxiliary police forces.

This was some five months before the Truce which temporarily halted the fighting and it is clear that the British authorities suspected that there might be arms hidden in the building. The album also notes, in the same year 1921:

'August 21st The peal of bells, now only ten, recast from the original 12, is placed in position today.'

A further entry in the Centenary album in relation to events during the Civil War says:

'1922 August 14. Attack on Dundalk Barracks by Irregulars was made. Frs. Kilbride and Coyle helped to attend the 17 who were wounded.'

In relation to the fire in the belfry of St. Joseph's, I was a little surprised to read –

'April 25. Installation and switching on of the Electric lighting in the Church, which was paid for by the local people.'

My surprise relates to the belief, current some 25 years after the event, that the fire was caused by an electrical fault which was a common cause of fires in empty buildings in those days, due to faulty wiring.

This was also believed to have been the cause of the fire in the old Marist Chapel in 1932 when that building was completely destroyed. Of course, there might have been electric wiring already installed in the belfry of St. Joseph's more than two months before the switch-on in the church!

This same factor seems to have been the case in relation to St. Nicholas' Church of Ireland, Green Church, where an entry in Harry Tempest booklet about this church, published in 1955, states that this church was not wired for electricity until 1933. Yet, in 1927 it says that the Organ was reconstructed, re-voiced, fitted with key-board, pneumatic action and electric blower. Which means that there must have been an electricty supply fitted in this church before 1933.

Incidentally the same booklet states that in 1932 'Spire Struck by Lightning, August 4th. Porch roof damage. The new spire was erected 'on steel framework', later in the same year, at a total cost of £850.

Interestingly, in relation to St. Nicholas, a further entry, indicates that the local name 'Green Church' derived, not from green spire which was erected 1932, but from the fact that it had been covered in ivy for centuries. This entry for 1952, states --- ''Church Tower battlements rebuilt, Ivy stripped off and Tower pointed.'

In my previous article about the Redemptorist fire in 1920, I had incorrectly written that Fr. James McCann who celebrated Mass in the Church at the unusual time of 4.30 am., in celebration of the fire being extinguished, was the Rector of the Monastery.

In fact, at that date, the Rector was Fr. James Collier, C.Ss.R.