A memorable fire at the Redemptorist church 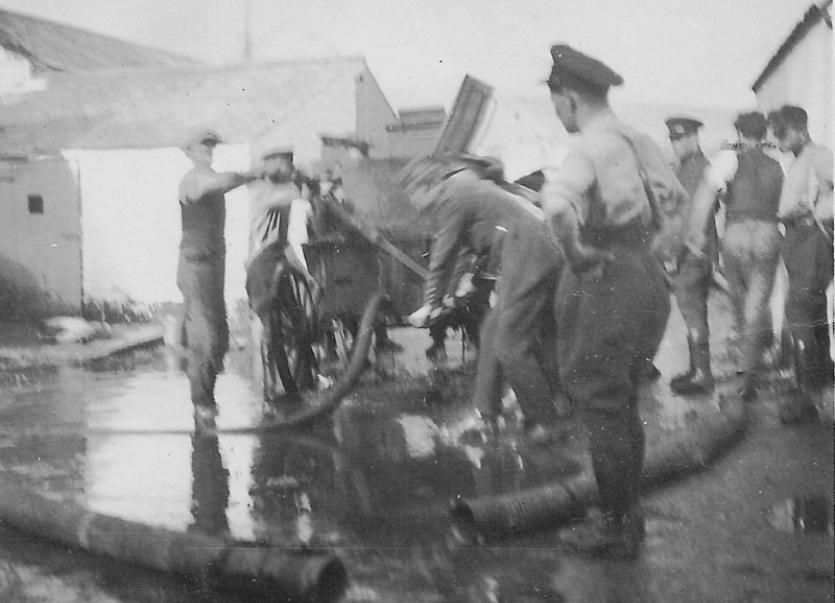 At one time an outbreak of fire in the town was an event which was remembered for years, like the great fire in the Distillery in 1862; the fire at the boarding house in Church Street in 1941 that took 12 lives and the blaze that destroyed Rawson's shoe factory in 1967 that cost the jobs of around 500 workers.

Fortunately, those disastrous fires have not been so common over the past thirty years or more but it was often a relatively minor fire that made an impact on the town; and those can still happen!

One such outbreak occurred at this time of year 96 years ago that few alive today will have even heard about! It occurred in the belfry of St. Joseph's Redemptorist Church at St. Alphonsus Road, on the night of Friday February 20, 1920, during the War of Independence, a time of great trouble for Dundalk. At 10.30 pm. when most of the inhabitants of the monastery would have already retired to their beds, a Mrs. Gray of Seatown Pace spotted flames in the church tower. She raised the alarm and, within minutes fire-fighters from all over the town, including a unit from the nearby Military Barracks, were on the scene. It was feared that the church would be destroyed, if not the entire monastery complex, but heroic efforts by the many volunteers confined the damage to the belfry. One volunteer entered the tower by a narrow stone stairway and played a hose on the beam supporting the carillon of twelve bells, saving them from crashing to the church floor many feet below. The clock, chime and bells were badly damaged and the carillon of bells had to be recast, reducing their number to the present ten musical chimes.

The successful fire fighting efforts were celebrated by an unusual event for times. The rector Fr. James McCann, con-celebrated Mass on the High Altar with his confrères, commencing at 4 am., for a packed congregation of exhausted fire-fighters and well wishers.

The above picture is a rare old photograph of British soldiers from the Dundalk Military Barrack using the hand-pump to draw water from the Rampart River to fight the fire in St. Joseph's Church in 1920.

The photograph came, through a friend, originally from Jimmy Bellew, printer, Park Street, whose father Michael had worked for many years as a linotype operator with the Dundalk Democrat in Earl Street, until his sudden death in January 1953. Michael's son Tom was a leading public representative in Dundalk in the latter part of the last century; he was elected Dail Deputy for Louth in 1982, a member of the Louth County and Dundalk Urban Councils until his sudden death in 1995 and had been Chairman of both bodies (on three occasions of the Dundalk Council).

The photograph was taken in McAllister’s pork dealers' yard at St. Alphonsus Road, beside the Redemptorist Church and Monastery.)