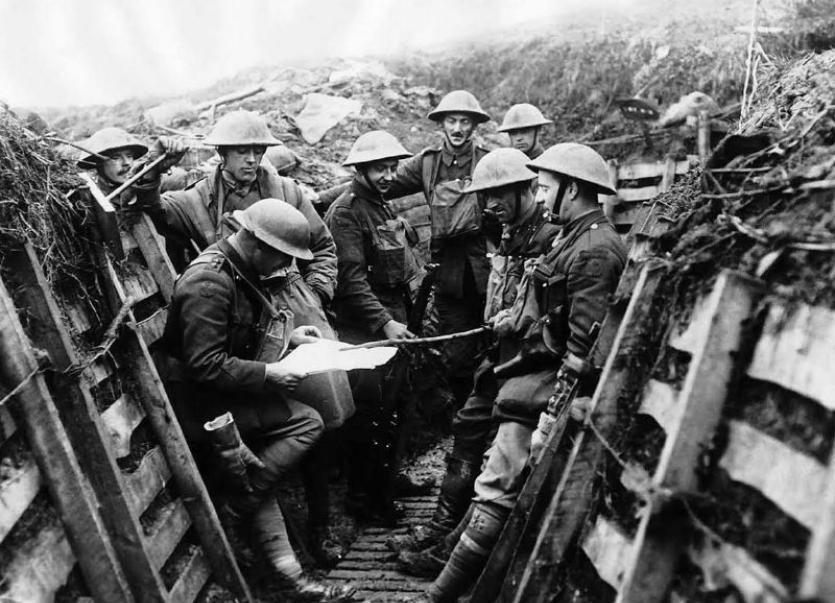 There has been a good deal of heavy fighting this week, both on the East and West fronts, but no serious but no serious attempts by either party to execute a forward move.

The weather has been bad everywhere. In the Russian marshes the Germans have been flooded out of miles of their trenches, especially in the vicinity of Pinsk.

In France an incessant and heavy bombardment of enemy trenches resulted in the blowing up of several ammunition deposits., and frequent mine explosions have driven the Germans out of forward trenches.

An attempt to penetrate the British lines near Ypres on Wednesday was repulsed.

The Anglo-Indian expeditionary forces in Mesopotamia are still safe.

General Townsend’s force at Kut is in communication by wireless with General Aylmer's 20 or 25 miles further down the river; but they are separated by miles of inundated country, due to exceptionally heavy floods, as well as by hostile Turkish forces.

These latter have been compelled by the floods to fall back from their trenches near the river. Both positions held by the Anglo-Indian troops are comparatively strong, and it is not recorded that they are short of either food or munitions. Reinforcements,comprising Indian troops recently released from service in France, are on the way up the Tigiris to strengthen General Aylmer's brigade.

In the mountainous country north of Mesopotamia, Russian troops are pushing back the Turks in vigorous fashion. The town and fortress of Erzeroum.

In which the Turkish army defeated in the Caucasus four weeks ago took refuge, is being attacked and unless the Turks can bring up reinforcements, it will probably fall.

Salonika is a still waiting awaiting attack. A Zeppelin dropped bombs on the town and port four days ago, doing no important damage; but there no movement on the part of the enemy troops concentrated in Macedonia and Thrance for the investment of the town. The Austrians have made little progress in their “sweeping” movement through Montenegro and Albania, so far.

The attempt to disarm the Montenegrins led to serious street fighting in two towns. The Austrians have occupied San Giovanni de Medua, a small port near Scutari; and the Albanian and Serbian troops in that part of the country have fallen back on Durazzo.

The heir to the Turkish throne, who was a strong opponent of the young Turks and Germans, has been found dead with his throat cut.

It is represented as a case of suicide. Quite a number of Turkish princes, who were in the way of more energetic aspirants, have from time to time died this way.