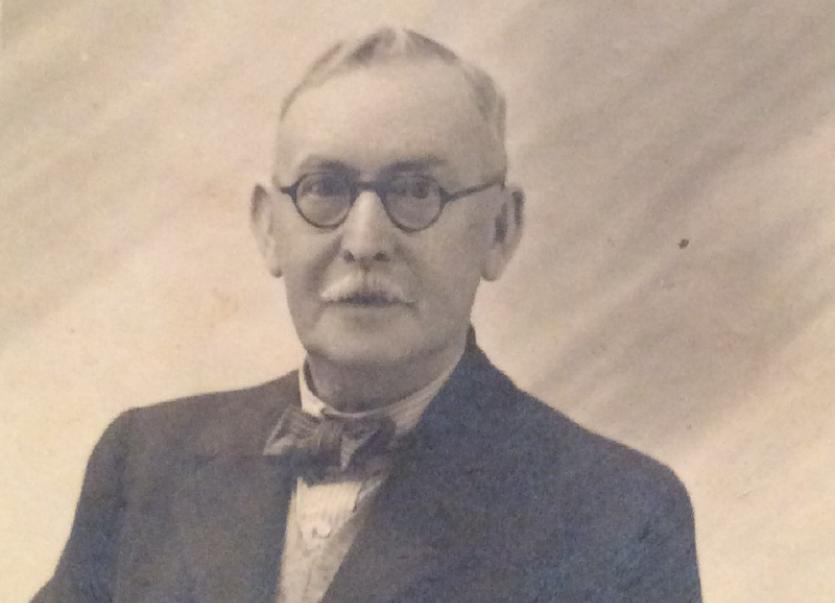 Readers may have noticed the article which appeared in last week's Democrat which was re-printed from the edition of the newspaper of January 22, 1916. It was clearly an argument against the idea of imposition of conscription in Ireland which, incidentally, was probably the most potent cause of the unrest in Ireland at the time. Nevertheless some of the ideas expressed in the article might appear strange to modern Irish people. For instance the remark 'We do not for a moment believe that the Irish regiments that have gone to the front will be allowed to languish for want of the support that generous, high-spirited Irishmen are called upon to give. They know that it is Ireland's interest that this war should be speedily ended by the victory of the Allies and they are not afraid to play their part in bringing about that end.'

It was not, however, the ideas expressed in the article that interested me most but the man who wrote it. It was almost certainly written by Thomas Fitzgerald McGahon, the third Editor of the Dundalk Democrat whom, it has been pointed out to me, died suddenly 75 years ago this month. He was the longest serving Editor of the newspaper, having the duty thrust upon by the sudden and unexpected death of the second Editor and then owner Thomas Roe from Ballybailie, Ardee.

'T.F.' as McGahon was known in Democrat circles for many years after his death, was a legend in his time and left his mark, not only on the newspaper, but on the town of Dundalk in the first half of the momentous century. Born in 1868, he was the maternal grandson of John Charles Fitzgerald who was reputed to have been a descendant of Lord Edward Fitzgerald of the 1798 Rebellion fame.

Thomas McGahon came to work for Thomas Roe as a young man and must have greatly impressed him as he was given the task of taking over as manager and editor at a relatively early age. Padriac ua Dubhtaiagh, in his 'Book of Dundalk' writes of 'T.F.' that he was 'a member of many local boards, prominent in politics and an able versatile journalist'.

T.F. was an old fashioned nationalist and a great supporter of John Redmond, as can be seen from the article reproduced last week. As such, he came into conflict with the younger republican element in Dundalk of the time and his beliefs created great danger for himself and his family.

Indeed, I have been told by Aidan Rogers of Byrne and Maguire's Garage, that his father Frank Rogers who spent time in Belfast Jail along with his brother Tommy, for their republican activities, told him that 'T.F.' had been sentenced to death by the I.R.A. for his opinions expressed in the Democrat. His father, however, thought so much of the integrity of McGahon that he had intervened, at great personal risk, to ensure that the sentence was never carried out!

There are many stories told about 'T.F.' but the one I remember most fondly is that, sometime in the 1920s, he had got news that a ship wrecked on the Kerry coast had been carrying a new type of printing press to the United States. It was said that T.F. had driven all the way to Cork, quite a journey in those days, to negotiate the purchase of the salvaged machinery and its transportation to Dundalk. That old Cossar printing press worked away steadily in the cellars of the Democrat at 3, Earl Street for about three quarters of a century and contributed greatly to the success of the Democrat's survival into the twenty first century. I can also vouch for the fact that man, representing interests in New Zealand, came into the Democrat office in the late 1990s after the Cossar had ceased being used for printing the newspaper and made a staggering offer for its purchase. The offer was not accepted by the management and I do not know what became of the old Cossar but I do known that an even older Warfdale printing press was smashed up by sledge hammers to make way for other development. In my opinion – 'What as waste!'

One could write a book about the achievements of T.F. McGahon and his descendants but perhaps his finest gift to Dundalk was his work in setting up the Electricity Generating Station off Chapel Street which began on June 1, 1912. This power plant was the forerunner for the E.S.B. bringing light and power to homes and industries in Dundalk.

The most fitting tribute to the man, however, was the manner of his death! He literally 'died at work' because old printers proudly told me that he took a fatal heart attack in the 'stone room' of the Democrat one Friday night in early January 1941. He had been supervising one of the biggest stories of the time, that of the terrible fire that took place in Church Street that week when twelve people living in a boarding house there died as a result.

This was an event that was to leave its reputation with Dundalk fire fighting heroism and tradition but, unfortunately, it seems to be little remember today!