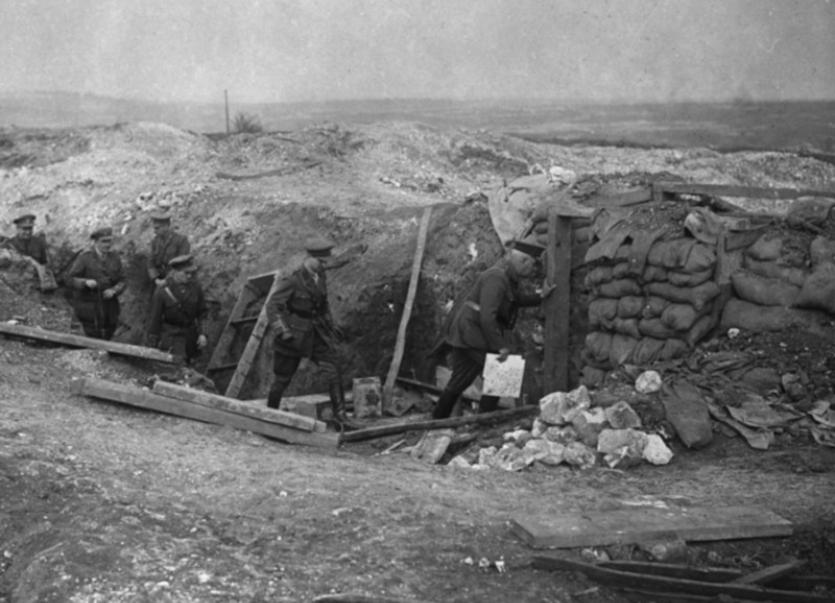 Sunday's telegrams recorded a rather determined effort by the Germans in France.

They carried out an attack on a front of 700 yards, penetrating the French first-line trench and advancing as far as the support trench. Counter-attacks, however, immediately dislodged them, and by the afternoon they only held a little over 100 yards of advance trench, forming a salient in the French line.

On Monday and Tuesday, after a series of mine explosions accompanied by very violent bombardment, further attacks were delivered by the enemy, who occupied the craters caused by the mine explosions, but were driven out by counter-attacks. On the same days an attempt was made to penetrate the Belgian trenches at the mouth of the Yser, but were stopped by shell fire. Heavy bombardments at many points along the front are recorded in the weeks despatches.

More extensive use has been made of a new form of aeroplane by the enemy during the past week or two, but without any very marked results. An allied air squadron attacked a fleet of 27 German aeroplanes on Tuesday and brought down two of them without any loss on their own side. One of two German aeroplanes which dropped bombs on Dunkirk was brought down. Two machines of the same type raided the East Kentish coast on Saturday and Sunday and dropped bombs, killing one man and wounding several persons.

Continuous heavy fighting is reported at several points on the Russian front without any very great advantage to either party. Efforts by the Germans to drive the Russians from positions recently occupied near Czartorysk and on the Middle Strypa front were repulsed. Heavy bombardments are reported from the the North Russian front in the vicinity of Riga.

In the Caucasus, the Russians have scored a very notable success, driving into Erzeroum, the remnants of an army of 120,000 Turks who contested their advance. Four thousand prisoners, some scores of machine guns and a great quantity of war material remained in Russian hands. There is a probability of Erzeroum being invested. One result of the vigorous Russian offensive in the Caucascus will be to draw off the attention of the Turks from the Anglo-Indian forces in Mesopotamia, which would appear to be in a rather dangerous position.

There has been no move made against Salonika yet. The reason given is that the Austrians want first to disarm the Montenegrins and hunt the remainder of the Serbs out of Albania. The position of Montenegro is still very obscure. King Nicholas and his court have been left for Italy. There has been some fighting; but the Austrians announce that they have taken Scutari and are disarming the remainder of the Montenegrins, meeting little resistance.

The Serbian soldiers are being brought from Albania to the Greek island of Corfu, which the French have temporarily occupied, and are there being refitted and re-armed. It is believed that the Albanians will resist and attempt by the Austrians to overrun their country ; and it may be no easy task to overcome their resistance having regard to the nature of the place.

There is a small Italian force at Valona on the Albanian coast. The Albanians under Essad Pasha, said to number 20,000 will resist the passage of the Austrians, and there will probably be also some effective remnants of the Serbian army.