No 'compulsion' in Ireland 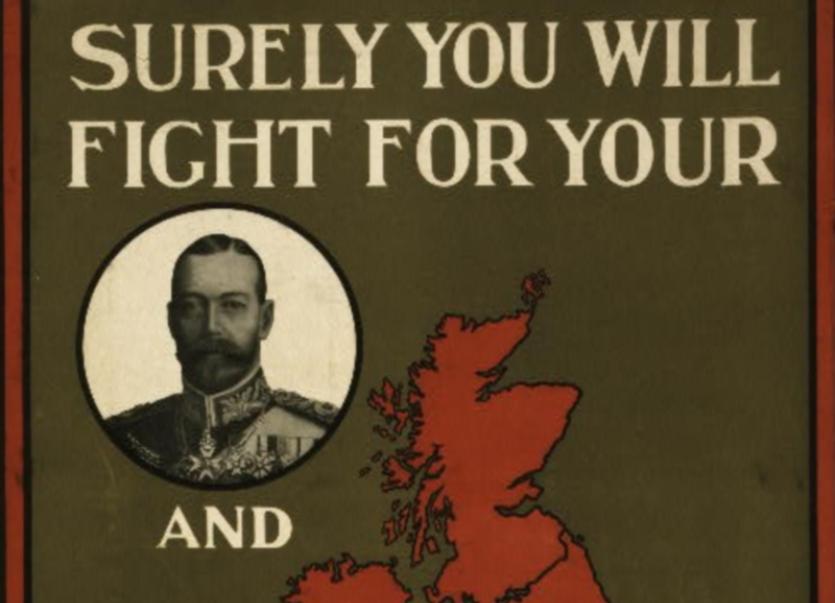 The Ulster Unionist Party went through the farce of moving on Monday that the Compulsory Attentation Bill be extended to Ireland.

They knew that feeling against compulsion is quite as strong amongst their own Unionist supporters in Ulster – and especially in the agricultural districts – as in the Nationalist provinces.

But they desired to show that they and their followers – men who two years ago were vowing armed resistance to the operation of an Act passed by the Imperial Parliament and signed by the King, and who declared that they would welcome a landing by the Kaiser as an alternative to Home Rule – were now burning to be compelled to fight the Germans. The pretence is that Ulster only is loyal.

But that pretence imposes on no sensible man.

Ulster, Leinster, Munster and Connaught have rallied to the defence of of our rights and liberties, and their sons are fighting shoulder to shoulder against a common enemy.

They have given freely, and will give, the men necessary to form and maintain the Irish Regiments.

Ulster as well as the other provinces is against compulsion. There is no merit in being compelled to join the army ; and Sir John Lonsdale's declaration that he would feel “ashamed” if this were not done is absurd. The only cause for shame would arise if it were necessary to use compulsion.

Mr. Redmond put the Irish case against conscription eloquently, temperately and convincingly. We reprint in another column, the concluding portion of the speech that killed any prospect there was that the Ulster men's amendment might be carried.

Mr. Bonar Law, speaking for the cabinet, admitted the strength of the case against applying compulsion to Ireland and generously praised the services of the Irish soldiers in the war. It was no small thing, he said – it was indeed a great thing that for the first time in history, the representatives of Ireland were on the side of the side of Great Britain in this war.

The deeds of the Irish Soldiers, he added, would have a more lasting effect in producing a better feeling between the two countries than a whole generation of ordinary life. This from the late leader of the Unionist party is a very notable declaration.

Sir Edward Carson, in advising his friends to withdraw the amendment, declared that they “could not get the inclusion of Ireland without the assent of Nationalist members”.

In other words, he admitted that if the fatal step of endeavouring to force compulsion upon people who are willing to do all that is asked of them of them has not been taken, it is the Irish Party that has prevented it.

This may be noted by some of the critics of the party at home. The party has acted with prudence and true patriotism all through this critics, pursuing in spite of factious criticism the only policy (that Ireland could, in honour, follow and the only policy that can assure the lasting success of the Irish cause: Their defeat of the attempt to impose compulsion on Ireland is not only in consonance with Irish sentiment, but, it’s calculated to ensure the success of voluntary recruiting in Ireland.

We do not for a moment believe that the Irish regiments that have gone to the front will be allowed to languish for want of the support that generous, high-spirited, young Irishmen are called upon to give, Coercion is abhorrent to Irishmen: but they are neither fools nor cowards.

They know that it is Ireland's interest that this war should be speedily ended by the victory of the Allies and they are not afraid to play their part in the bringing about that end.