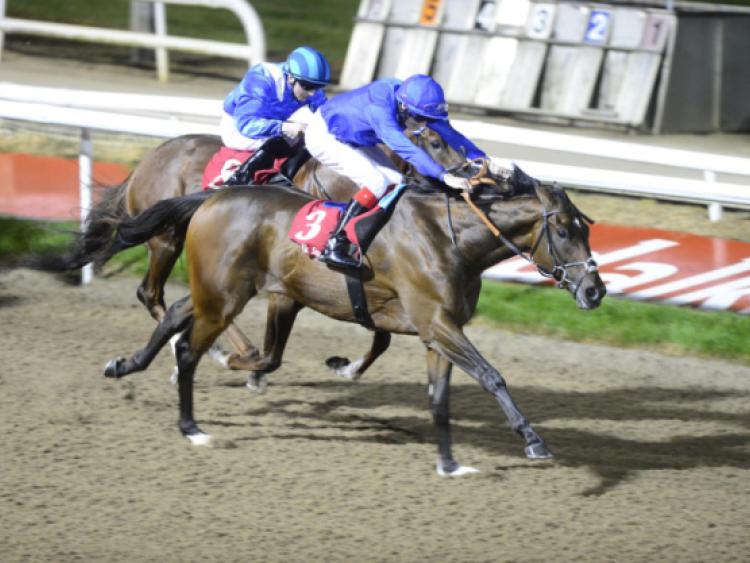 Dubai World Cup third Cat O’Mountain won for the first time outside handicap company when he came out best in a gripping duel for the feature Diamond Stakes at Dundalk.

Dubai World Cup third Cat O’Mountain won for the first time outside handicap company when he came out best in a gripping duel for the feature Diamond Stakes at Dundalk.

A prolific winner on the all-weather tracks, the four-year-old was sent over from Charlie Appleby’s Newmarket yard for this Group Three event and the Godolphin challenger was sent off the 2-1 favourite in the hands of Fran Berry.

Never far off the pace, he chased leader Prince Of All into the straight and edged in front a furlong out, battling on well to take the prize by half a length, with the other British raider Bayrir finishing third.

The rest of the card belonged to Colin Keane, who landed a treble at Fairyhouse on Tuesday and booted in three more highlighted by the victory of My Good Brother in the Crowne Plaza Race and Stay Race.

Tom McCourt’s five-year-old led early on until overtaken, but the 9-2 chance fought back on the inside to shoot clear in the final furlong and win by two and a quarter lengths, Rummaging running on for second.

Keane also scored on Ado McGuinness’s top-weight Beau Satchel, the 15-8 favourite, who made short work of the Crowne Plaza Leading Jockey and Trainer Apprentice Handicap, taking charge over a furlong out and racing three lengths clear.

The treble came up when Snowmane, the 5-2 favourite, shot clear inside the final furlong to take the Christmas Party Nights At Dundalk Stadium Handicap by five lengths, making it four wins from his last four runners for trainer Ger Lyons.

Orcia finished last on her debut and stepped up considerably on that to win the Irish Stallion Farms EBF Fillies Maiden in a one-two for Mick Halford, Conor Hoban driving the 33-1 shot home by a length as third home Clutchingatstraws was badly squeezed out.

Manny Owens was the 3-1 favourite for the Irish Stallion Farms EBF Auction Maiden after four placed runs and supporters of the Cormac Farrell-trained juvenile had few worries as he forged clear to win by a length and three-quarters under Sean Corby.

Master Melody, unlucky here last week, provided 19-year-old Dylan Hogan from Clare with his first winner when taking division one of the Dundalk Stadium On Facebook Handicap at Dundalk.

Kevin Prendergast’s Ad Valorem gelding, who also provided Gary Halpin with his initial success at this venue in December 2011, got a good run down the inner on this occasion. At the finish Master Melody held the run of Perfect Ten by a neck.