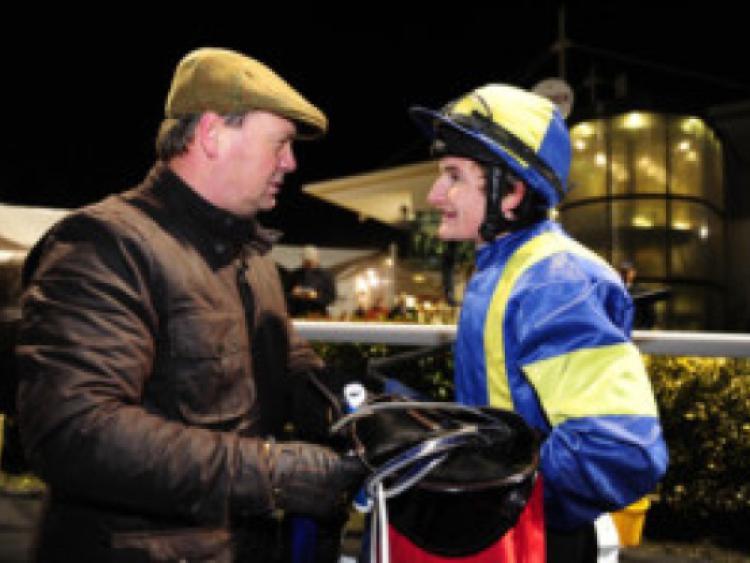 It was a night of mixed fortunes for the Mick Halford-Shane Foley team at Dundalk when Camakasi got off the mark at the 11th attempt to make up for the defeat of Dalewari in an earlier contest.

It was a night of mixed fortunes for the Mick Halford-Shane Foley team at Dundalk when Camakasi got off the mark at the 11th attempt to make up for the defeat of Dalewari in an earlier contest.

Camakasi (3-1), third three times on previous visits to the track, didn’t get the quickest of starts in the Follow Dundalk On Facebook Maiden, but he caught the market leader Witty Repartee in the straight and cleared away to score by three and three-quarter lengths.

Earlier, Dalewari was sent off the evens favourite for the Irish Stallion Farms EBF Median Auction Maiden after showing enough promise on his previous start to suggest he should go close.

All looked to be going to plan when he came out best in a three-way fight, but John Murphy’s newcomer Unorthodox (25-1) was making progress up the inner and grabbed the lead close home to win by a neck in the hands of Connor King.

Kimbay has yet to be beaten since joining Noel Lawlor and the 3-1 favourite recorded her third win on the bounce when forging ahead late on to take the Dundalk Stadium Handicap by half a length in the hands of Rory Cleary.

Marble Statuette (14-1) hacked up in the Crowne Plaza Hotel Race & Stay Handicap on her second start for Tony Martin, travelling sweetly into the final two furlongs and easing out before quickening away under Robbie Colgan to win by two lengths.

Billy Lee always had Whip Up A Frenzy (5-1) on the front end in the www.dundalkstadium.com Nursery and Andy Oliver’s youngster led into the straight before holding favourite Private Party by half a length.

Conor Hoban was soon in front on Hes Our Music in the Floodlit Friday Nights At Dundalk Handicap and Pat Flynn’s 3-1 favourite never looked like being caught, winning by a length and a quarter.