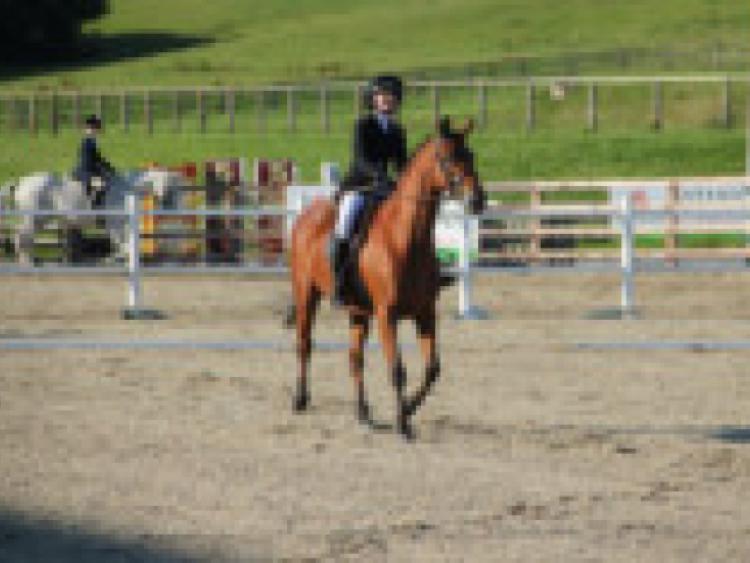 It was another busy week at Ravensdale Lodge Equestrian and Event Centre as the half way point of the short six week summer/autumn schedule was reached.

It was another busy week at Ravensdale Lodge Equestrian and Event Centre as the half way point of the short six week summer/autumn schedule was reached.

Results from all competitions can be seen below and shows continue this week with outdoor dressage on Tuesday evening from 6pm with weekly classes on the Ravensdale Lodge website.

SJI registered show jumping takes place on Wednesday with modified horse classes from 80cm to 1.30m taking place from 11am and usual 128cm, 138cm and 148cm pony classes commencing at 5.30pm. Mackins Horse Feeds in Newry sponsor the popular training league which takes place on Friday evening from 5pm with the usual classes running from X poles to 1.10m.

The last of the national shows for 2014 will be held over the weekend of Saturday, September 13. This SJI registered horse show will host classes from 90cm to the feature 1.40m MSL Mercedes-Benz Autumn Grand Prix over the course of the two days.

If this year’s show is anything like the 2013 event then competitors and spectators alike are in for a real treat as record numbers attended and enjoyed some wonderful jumping.

Many will also remember the thrilling showdown between Dermott Lennon, Captain Brian Cournan and Cian O’ Connor in the feature MSL Mercedes-Benz Autumn Grand Prix with the former world show jumping champion coming out on top.