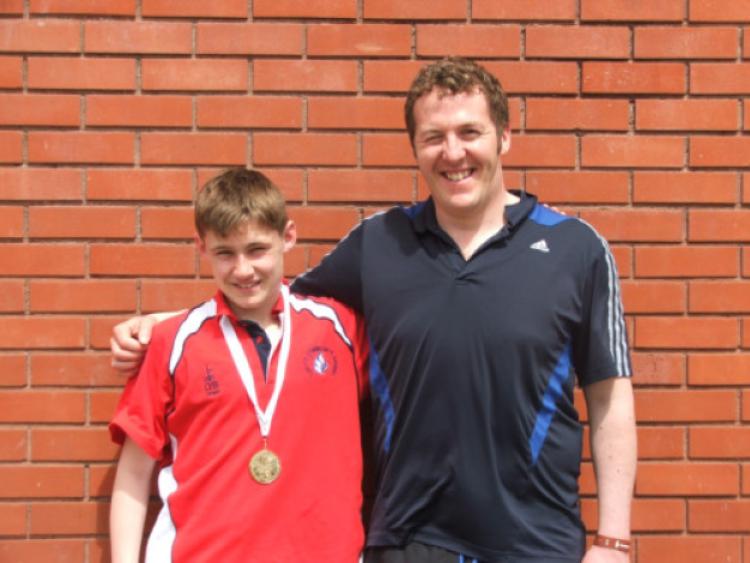 The National Swim Finals took place in Athlone IT last weekend with 32 young people from U8 up to U16 from all over the county taking part.

The National Swim Finals took place in Athlone IT last weekend with 32 young people from U8 up to U16 from all over the county taking part.

It is a proud day to represent your county in any sport. Several made it through to the semi’s and the finals.

Competition was fierce with 32 counties taking part. But Jack McCullough from Clogherhead gave Louth gold in a powerful swim in the U14 breast stroke and young Esther Quinn from Ballymascanlon who was 4th in the final of the U10 front crawl, which was a great achievement. Well done to Juliet McGrath, Sophie Gray, Stephen Woods and Joshua Seaberry in the U8’s and U10’s. Rachel Woods, Jaiden Byrne, Molly Hughes, Michael McGrath, Finn Duffy and Sam Winston in U12s.

Leah Martin, Ruth Clarke, Rory McDonagh, Jordan Byrne and Matthew Burns in the U14’s. Orla Stafford, Claire O’Hanlon, Darren Lynch, Cathal Killeen and Sean Gibney in the U16’s and the U13 relays Luke O’Hanlon, Jordan Kenny, Hugh McGrath, Rosin and aoife McDaid, Cara McAvinney, Caitlin, Sofia and Rebekah Woods. Huge thanks to Colin Lowth who swam for Ireland in the Sydney Olympics - he comes to support the Louth community games team every year and our managers Liam McGrath and Seamus O’Hanlon and of course the ladies Deirdre, Lorraine, Audrey and Karen.