Controversy at Dundalk Stadium as Foley given ban 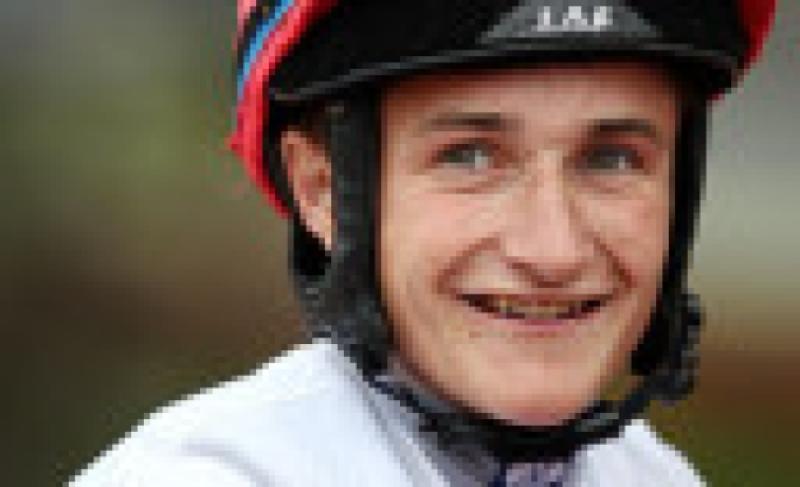 Shane Foley was suspended for five days by the stewards at Dundalk after a controversial finish to the Dundalk Stadium Light Up Your Night Handicap.

Shane Foley was suspended for five days by the stewards at Dundalk after a controversial finish to the Dundalk Stadium Light Up Your Night Handicap.

The jockey had plenty of horse under him but nowhere to go on Mick Halford’s 6-4 favourite Rummaging as they entered the closing stages of the six-furlong contest, and the officials took exception to how he forced his way through a narrow gap.

Once clear Rummaging won by three-quarters of a length, but he had done runner-up Antiquus no favours in the process, though the result was allowed to stand.

Eddie Lynam landed a double completed by the success of Doc Holliday, who was following up a narrow success on the track last month when he took the Dundalk Stadium On Facebook Rated Race.

Promising young claimer Robbie Downey was on board the 2-1 favourite, who rallied to win by three-quarters of a length after looking in trouble when Fleet Captain surged down the outside with what looked a decisive move.

Lynam’s juvenile Mr Good Guy (3-1) was smartly away under Pat Smullen in the Irish Stallion Farms EBF Maiden and grabbed the rails berth to lead all the way.

Odds-on favourite Kernoff threw down a strong challenge on the outside in the straight, but Mr Good Guy pulled out more and was always doing enough to win, getting home by a length.

Smullen doubled up when Willie McCreery’s giant four-year-old debutant Kavaco (9-4) took the Crowne Plaza Hotel Race & Stay Maiden, running on strongly to score by a length and a half after travelling sweetly into the lead on the turn into the straight.

Colin Keane was another to secure a double, driving Timjoe (6-1) clear in the Christmas Party Nights At Dundalk Apprentice Handicap, and edging home on 3-1 favourite Hoppsan in the second division of the Crowne Plaza Leading Jockey & Trainer Championship Handicap.