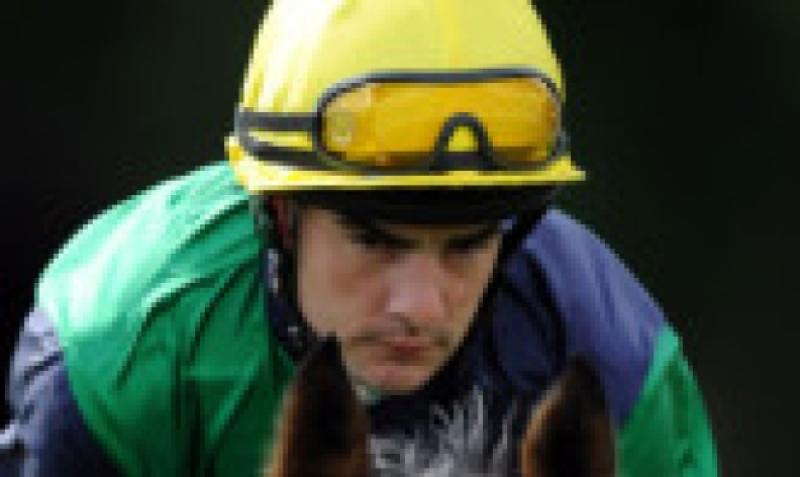 The Black Devil looked to have the race won when he fought off the attentions of the favourite Califante in the straight, but Lynch came with a late charge from the back of the field on David Marnane’s 8-1 shot and grabbed the verdict by a nose right on the line.

The jockey’s other victory came on George Kent’s 9-4 joint-favourite Shanooan, who had shown enough in her two starts to suggest she was capable of winning a race like the Floodlit Friday Nights At Dundalk Fillies Maiden.

Lynch, just back from Dubai, had her quickly in front and she proved to have plenty in the locker when tackled by free-going market rival Chiclet in the closing stages, running on strongly to win by three and a quarter lengths.

Shield found one too good on his only other visit to the all-weather track in December and he made no mistake this time, winning the Bookings At dundalkstadium.com Maiden for the Aidan O’Brien yard.

Joseph O’Brien made his move on the turn into the straight and the 1-2 favourite kept finding as he was driven out to hold off the useful hurdler Dalasiri by a length and a half.

Paul Deegan’s Master Of Time (11-4) led throughout the Follow Dundalk On Facebook Handicap and was always on top in the straight under Colm O’Donoghue, back from his stint in Hong Kong, before finishing two and three-quarter lengths clear.

Pat Smullen pulled Sylvan Mist (7-1) out to challenge late in the Dundalk Stadium Racecourse Of The Year Handicap and Eddie Lynam’s filly swept past the field down the outside to score by a comfortable three-quarters of a length.

Peter Fahey’s Attraction Ticket (14-1) reverted to the level after three moderate runs over hurdles and with first-time blinkers on, took the Dundalk Driving Tourism Forward 28th February Rated Race by a neck under Billy Lee.