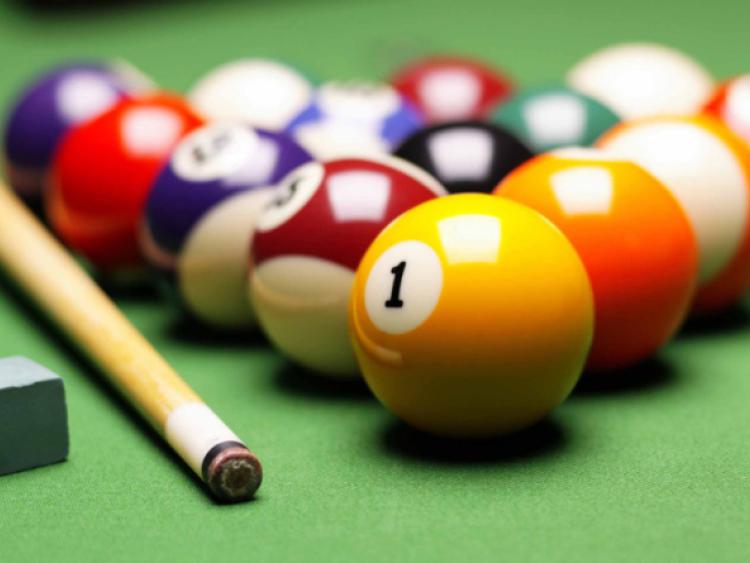 The Windmill doubled their lead when Robbie Mulligan beat Natasha Twormley 2-0 with two excellent finishes. The third match featured the Fairways captain, Matty Hoey, and Snotty Coburn and in both frames each player missed easy chances. It was Snotty, though, who was able to finish both frames to claim a 2-0 victory and more importantly put the Windmill 3-0 ahead. David McKenna gained a bonus point for the league leaders when he beat Darren Coburn 2-0 in the fourth match and the Fairways eventually got a win on the board when Paul Monahan beat Colin Gray 2-0 in the fifth match to leave the final score 4-1 in favour of the Windmill.

Also in Division Three, Avenue Inn Swifts entertained Harrison’s Green and it was the visitors who started off well when Colin McGahon played some brilliant pool to beat Jason McConville 2-1. The scores were soon level when Shane Garvey beat Gerry McArdle 2-0 after two tactical frames.

The third match featured Ciaran McShane of Avenue and Mick Manning and things were looking good for the home team when Ciaran somehow managed to win the first frame. In the next two frames Mick capitalised on mistakes by Ciaran to complete a 2-1 victory and put Harrison’s 2-1 ahead. The scores were level when Fergal O’Hanlon came from 1-0 down to beat Joe Toal 2-1.

The decider was between Avenue captain Glen Duffy and Paul Johnson Glen won the match 2-0, thanks to two superb finishes, to complete a 3-2 victory.

In Division Two, the Sportsman’s Ravens were hoping to return to winning ways when they entertained Castle Bar Sling.

The home team got off to an excellent start when Patrick McArdle played outstanding pool to beat Shane Dillon 2-0 and they doubled their lead when Barry Keane beat the Castle Bar captain Tomas Geroc 2-0.

The experienced Bryan Crowe then gave the visitors hope when he produced top class pool to beat Ciaran Lavelle 2-0. However the Sportsman’s completed the victory when Peter O’Hagan beat Dermot Hannon 2-0 and they also gained a bonus point when Dominic O’Connor beat Olaf Berg 2-1 in the fifth match, to leave the final score 4-1 in favour of the Sportsman’s.